Home > The Disaster Artist and The Anti-Biopic

The Disaster Artist and The Anti-Biopic 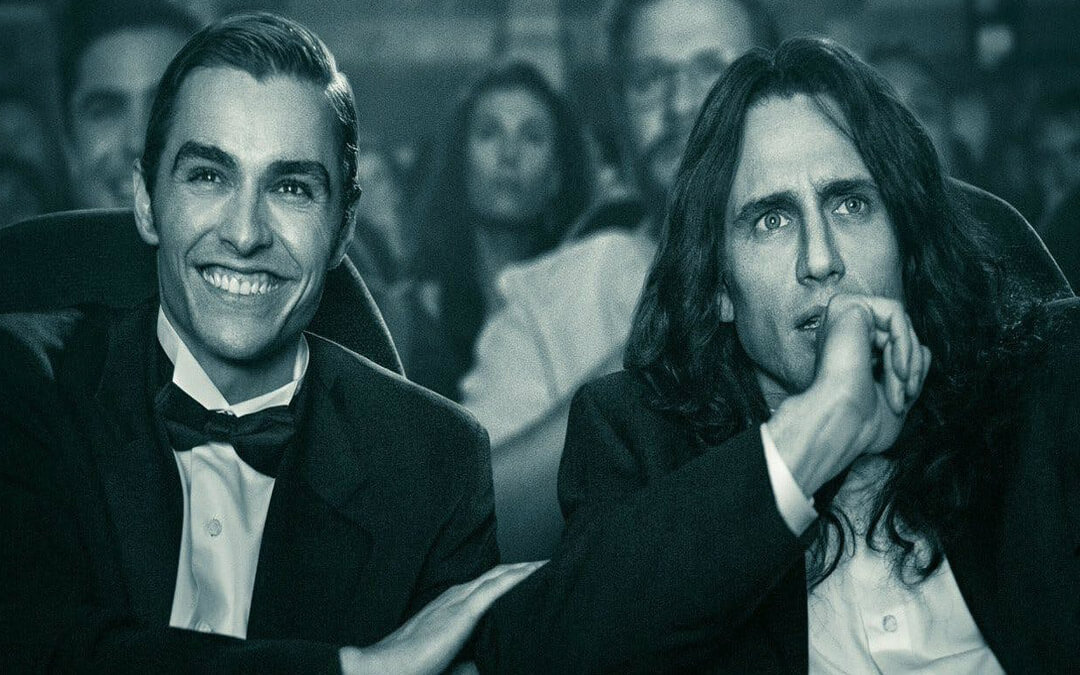 Biopics will always be in fashion in Hollywood. The recently released Black List of the industry’s favorite unproduced screenplays of 2017 featured scripts are about people as diverse as author J.K. Rowling, filmmaker John Hughes, comedy duo Mike Nichols and Elaine May, newsreader Walter Cronkite, and Nazi hunter Nancy Wake. Half the challenge of breaking into Hollywood is convincing execs and producers to read your screenplay, and if they are already familiar with the subject matter, they may be more inclined to crack your script open over others. But what if you write a screenplay about a real person that many people may not even know?

Screenwriters and Final Draft Hall of Fame honorees Scott Alexander and Larry Karaszewski are known for writing what they themselves call “anti-biopics.” Alexander categorizes their work as “biopics about people who don’t deserve one.” Their screenplay about B-movie director Ed Wood, directed by Tim Burton, is regarded by some as the film that changed the biopic landscape. It showed that biopics needn’t be about “great people doing great things”; that there was plenty of drama, passion and compelling material to be found in the stories of lesser-known figures whose exploits are not widely known.

The Golden Globe-nominated film The Disaster Artist, falls firmly into the “anti-biopic” category. Adapted by Scott Neustadter and Michael H. Weber from the book by Greg Sestero and Tom Bissell, the screenplay is based on the story of Tommy Wiseau, a filmmaker who writes and directs what is regarded as the greatest “bad” movie ever made: The Room. The appeal of the story lies in the central character: Wiseau is mysterious, compelling, driven and sometimes deranged. The genius of this movie is that even if audiences are unfamiliar with The Room, Wiseau’s character is so entertaining that it keeps the audience enthralled in his story.

Here are five things biopic writers can learn from The Disaster Artist:

1. Use a prologue to set the scene.

The Disaster Artist opens with a montage of famous actors talking about how much they love The Room and why it is an important movie. If your biopic is about someone whose importance may be unknown, consider inserting “talking heads” who can communicate up front why this is a script worth reading, and a film worth seeing.

Many recent biopics have focused on the subject matter’s relationship with another protagonist. This character often serves as a barometer of “normality” by which we can navigate the central character. For example, My Weekend with Marilyn is about Marilyn Monroe’s relationship with a writer who gives the audience perspective on the craziness and torment of Marilyn’s showbiz lifestyle. The Disaster Artist is not just a story about the filmmaker Tommy Wiseau—it is also about his friendship with Greg Sestero, a young actor drawn into Tommy’s orbit. This relationship gives the audience an emotional anchor to hang onto, even as Tommy’s bizarre behavior spins wildly out of control.

3. An interesting protagonist doesn’t necessarily need to be a successful one.

Movies have been made about much more successful filmmakers, people like Alfred Hitchcock (Hitchcock, The Girl) and Walt Disney (Saving Mr. Banks). So why make a movie about Tommy Wiseau? Because one of the keys to making a great movie is having a great character. Even though Tommy Wiseau may not be a filmmaker on the level of Hitchcock or Disney, he is undoubtedly a compelling and interesting character because of his behavior. When deciding whom you will write a biopic about, look for an interesting character, not necessarily a successful one.

4. Success is in the eye of the beholder.

Success can be defined in different ways. While Tommy Wiseau may not have become the filmmaker he wanted to be, he did succeed at making a bad movie that audiences love to hate. He also gained the lifelong friendship of Greg Sestero, a success arguably greater than Hollywood fame and glory. Take a lesson from the film Rocky (spoiler warning): Even if a character fails at what he or she wants to achieve, the journey can be its own reward.

5. Imitation is the sincerest form of flattery.

Part of the fun of The Disaster Artist is the way the film recreates scenes from The Room. Many biopics employ the technique of revealing the real subject at the end of the movie (Milk, Nixon, Snowden). The Disaster Artist also does this while taking it one step further by showing scenes from The Room side by side with their reenactments. This is a great crowd-pleasing moment and illustrates the sincere love and admiration the film has for its subject matter. By showing your real-life subject at the end of your biopic, it gives audiences a real-life counterpoint they can take away with them.

The Disaster Artist is currently in theaters.