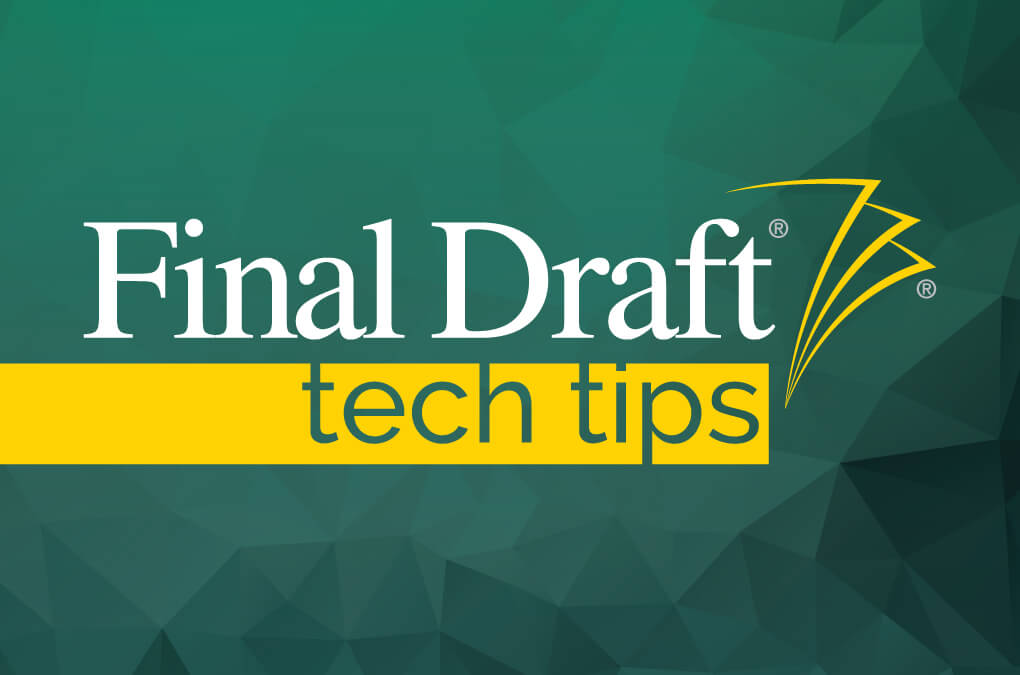 If you’re not able to organize a table read with a dozen or so of your closest actor friends, Final Draft’s text-to-speech function may be the next best thing.

“I laughed, I cried, it became a part of me,” said No One Who Has Ever Used This Feature. It’s not Meryl and Morgan. They’re the computer voices that come with your operating system.

However, it can be invaluable if you need to (for example) determine if one character has too many lines, is too verbose or isn’t in enough scenes. It might reveal pacing issues or if the hero’s dialogue doesn’t sound very heroic when it’s supposed to be.

It’s a machine, so it will catch every typo and extra word you might have missed.

And because Final Draft has never had any improv training, it won’t start ad-libbing or replacing your dialogue with something it thinks is better. It won’t forget lines or miss cues. It won’t refuse to come out of its trailer.

To get this going, go to Tools > Assign Voices. You’ll see your characters in the list on the left, and on the right is the list of actors. Simply click a character and then click the voice you want that character to use.

The Actors tab allows you to customize the voices’ pitch and speed.

After the characters have been assigned voices, the narrator has been instructed on what to read and what not to read, and any voices have been customized, go to Tools > Speech Control (Mac) or Tools (Windows) and you can play, pause and go forward and backward.

IMPORTANT: If you are actually entertained by this tool, seek professional help.