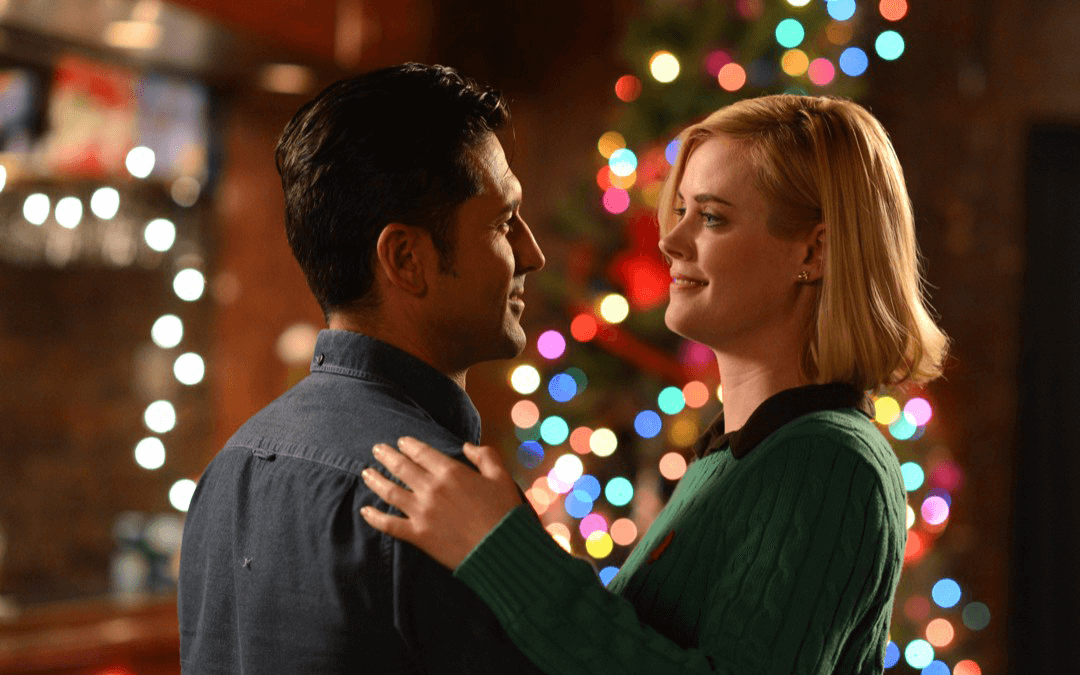 The holiday TV movie season is upon us again and this year there will be 57 original movies films premiering, enough to keep any writer researching the market busy well into the New Year.

Final Draft recently posed some questions to two filmmakers active in the genre: Fred Olen Ray and his son, Christopher Ray, who worked together on offerings such as A Christmas Gift, with Michelle Trachtenberg and A Christmas in Vermont, with Chevy Chase. Fred has had a busy career in independent and low-budget features since the 1970s (Queintien Tarantino used a camera borrowed from Fred to shoot My Best Friend’s Birthday), and Christopher’s work won a category Best Feature Film prize at the Burbank International Film Festival in both 2013 and & 2014.

FD: When did you first become interested in the holiday TV movie market?

Fred: I first started thinking about it when I was offered the film, An Accidental Christmas, which was aired on Lifetime. I had never really given the market much thought prior to that. I prided myself on being able to quickly adapt to whatever genre I was being offered at the time. I just tried to do my best at whatever I was handed.

FD: It seems that TV movies often favor longer scenes and fewer locations. Are there other genre distinctions that aspiring TV movie writers should be aware of?

Fred: Holiday films are story- driven. They are about people, usually women, who have things in their lives they desperately need to fix. Their journey is a lot more important than big, action sequences or large set- pieces. It’s really a matter of caring about the characters. If you don’t care, then your story doesn’t work.

FD: When does the network airing a film start to weigh -in on the creative process?

Fred: Most of my shows are not controlled by any network. They are independent features that sell to whoever wants them after the fact, so we only have to be concerned with the Executive Producers and what they want.

FD: You both work in the holiday market and in the horror market— – both of which can elicit visceral reactions from an audience. What advice would you give to writers who want to learn more about provoking a strong emotional response?

Chris: I find in holiday films that the goal is to elicit humor, happiness, and sadness. If you achieve all three, you pretty much have what you need.

FD: Fred, you’ve been an active filmmaker for decades. Has the advent of new technologies changed the way you approach a story? Also, would you say it’s easier for filmmakers to break -in now?

Fred: I think it’s easier than ever for people to express themselves with the current multitude of inexpensive cameras available. Whether you can actually compete in the marketplace comes down to real talent.

FD: You’ve worked with some well-known names. Is attracting a talent like Chevy Chase something writers should keep in mind when creating characters?

Fred: Not really. Just create characters that good actors want to play. If you’ve got a great role, you might land a great actor.

FD: When evaluating a script or a premise, what makes a story stand out for you?

Fred: The best of our Holiday shows are the ones with some kind of hook or gimmick. Something that makes them instantly stand out from the plethora of cookie-cutter TV movies. Something people will remember about it long after they’ve forgotten the movie’s film’s title.

FD: It seems like every year there’s a new record for original holiday-themed TV movie premieres. How has the market changed since you became a part of it and where do you see it going?

Fred: There definitely seems to be a rising competition between the different networks with even small channels now trying to play ball with the bigger guys. It’s created a viable, expanding market and more places to go with your projects.

FD: I’ve heard your recent project, A Second Chance had funding secured very early in its development— – even before there was a script. How does this sort of experience compare to trying to market an existing script/screenplay? Is it a relief or does it add its own pressure to the writing process?

Chris: It definitely adds some pressure since someone is trusting you to make a product that sells. We definitely made something a little different than the norm to make sure we stuck out a bit.

FD: What advice would you give people at the start of their careers? Is there something you wish someone would’ve told you, early on?

Fred: Study what’s working for others. There is a definite pattern to these things. Don’t try to reinvent the wheel. Work within the formula that has worked for others. I know it sounds overtly commercial, but if you want to earn a living baking cakes, make sure you bake the kind of cakes other people want to buy.

FD: Finally, do you have any current projects you’d like to talk about?

Chris: We have a few films coming up besides Circus Kane, which is out now. We have Minutes 2 Midnight, They Want Dick Dickster and Fractured coming up. We also have three films going into production next year.

FD: We’ll keep an eye out for those!

For more information about the current holiday TV movie marketplace, check out the recent report Entertainment Weekly did at http://ew.com/tv/2017/11/22/holiday-tv-movies-trends/. You can follow Chris Ray on Twitter at @tikiterrors