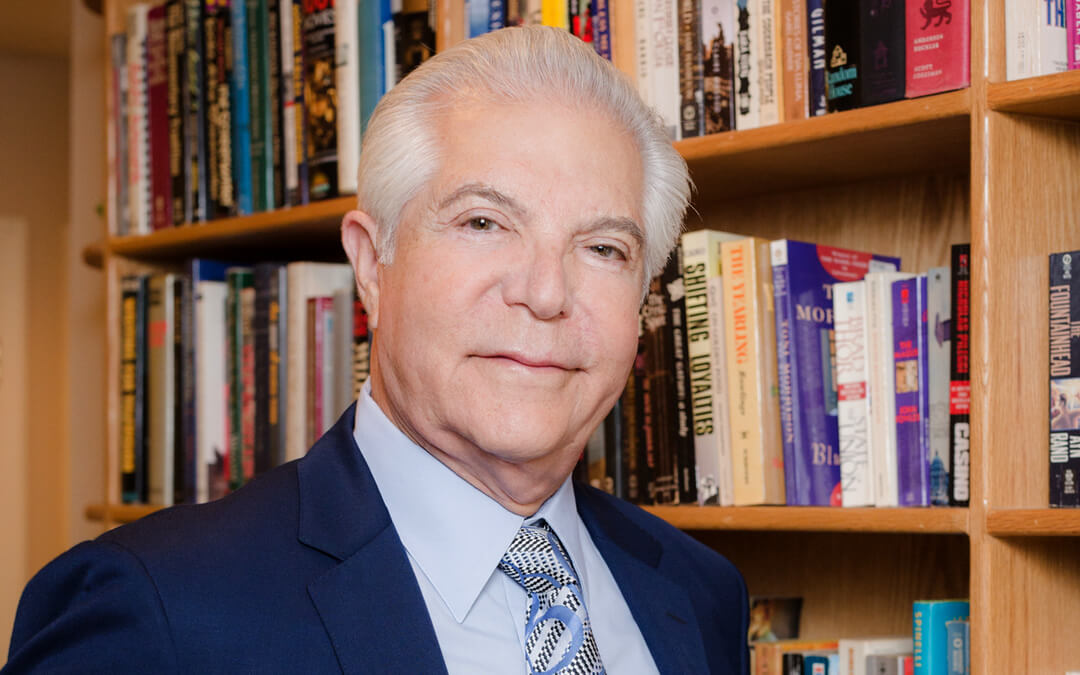 Alex Nogales co-founded the organization 31 years ago to help create more opportunities for Latinos in the media. “What brought me to co-create the organization was the lack of Latino participation in all media and the negative stereotyping of Latinos.”

Nogales brings his extensive television experience to the table, having written for several children’s programs and produced at KCBS TV for 13 years. He has also written and produced commercials and films for Los Angeles County, speaks at schools, events, and symposiums, and contributes articles to major media outlets.

“There is great power in the media,” says Nogales. “There are a lot of misconceptions about Latinos in the media, and we here at NHMC try our best to make sure there is always a reasonable and truthful perspective from a Latino point of view at outlets such as The Huffington Post and Fox News.”

Nogales spoke with Final Draft about NHMC’s two programs for writers and the steps NHMC is pursuing to increase Latino representation in the media world.

FD: What can potential participants expect from the NHMC Writers Program (Fall) and the NHMC Graduate Program (Spring)?

AN: The writers program is a five-week intensive program that instructs 10 writers per year on how to write the best dramas and comedies for television. There is also a graduate program that has fewer participants and is open to those very successful writers that come through the regular writer program.

The benefits to the participants are contacts with industry executives from the networks and cable shows. They also receive nurturing from the NHMC, which brings them in every six weeks to interface with industry leaders.

FD: What does NHMC look for when selecting participants?

AN: NHMC looks for talented writers who write with passion, intelligence, and have the ability to withstand rejection.

FD: Applicants can be any race or ethnicity. How does the program offer increased access for Latino writers?

AN: Applicants can be of any race or ethnicity but the program is tailored specifically for writers of Latino descent, who are the least represented in film and television.

FD: Can you go into more detail about the application process and the program itself?

AN: The program is tailored to writers who can represent the Latino voice, and while those people are generally writers of Latino descent, that is not always the case. In the past, we’ve had writers from a variety of ethnic backgrounds.

The application process favors those writers who have a clear understanding of Latino culture, whether it be Puerto Rican, Mexican, or Colombian. We are looking for great characters, sparkling dialogue, and gripping stories that put Latinos at the center, and do not resort to harmful or ignorant stereotypes.

The program itself is run just like a normal writers room. Writers pitch ideas and the whole room works to improve those ideas and help flesh them out. Writers are encouraged to include Latinos in their scripts, but there is no requirement. But, almost all of the time, these writers have an interest in portraying Latinos and end up doing so in an organic way.

FD: Developing Latino voices and talent is crucial. What practical steps are needed to secure more access to jobs for industry Latinos?

AN: After much work with the four networks in the areas of news and particularly entertainment, it has become clear that Latinos must become very aggressive in getting industry executives to hire Latinos both in front and back of camera. We are in the process of doing that, because without an aggressive stance, the number of Latinos in front of and back of camera will remain flat.

FD: NHMC and the National Latino Media Council recently had a meeting with CBS executives, including CEO Les Moonves, about increasing Latino presence. Do you feel progress was made?

AN: Progress was made with CBS. In the short time since we put them on notice for their poor diversity numbers, they have doubled the number of Latino regulars and writers in their shows. But, this does not mean the work is done. There are still a few areas where we expect immediate progress, and we are waiting to hear how that will be accomplished. Long term, we expect CBS to improve in those areas and on the areas where progress has already occurred.

Final Draft is a proud supporter of both the NHMC Writers Program and the NHMC Graduate Program. Visit the NHMC website for more information about these programs.

Asmara Bhattacharya is a produced screenwriter/playwright, script reader, and festival screener, with multiple placements at Final Draft, Nicholl, Austin Film Festival, and other competitions. A trusted sounding board and consultant for industry professionals, dedicated fans also caught her in “Independence Day: Resurgence” and NBC’s “The Night Shift” – for one glorious half-second each. More can be found on her website: www.dickflicks.net or follow her on Twitter @hotpinkstreak