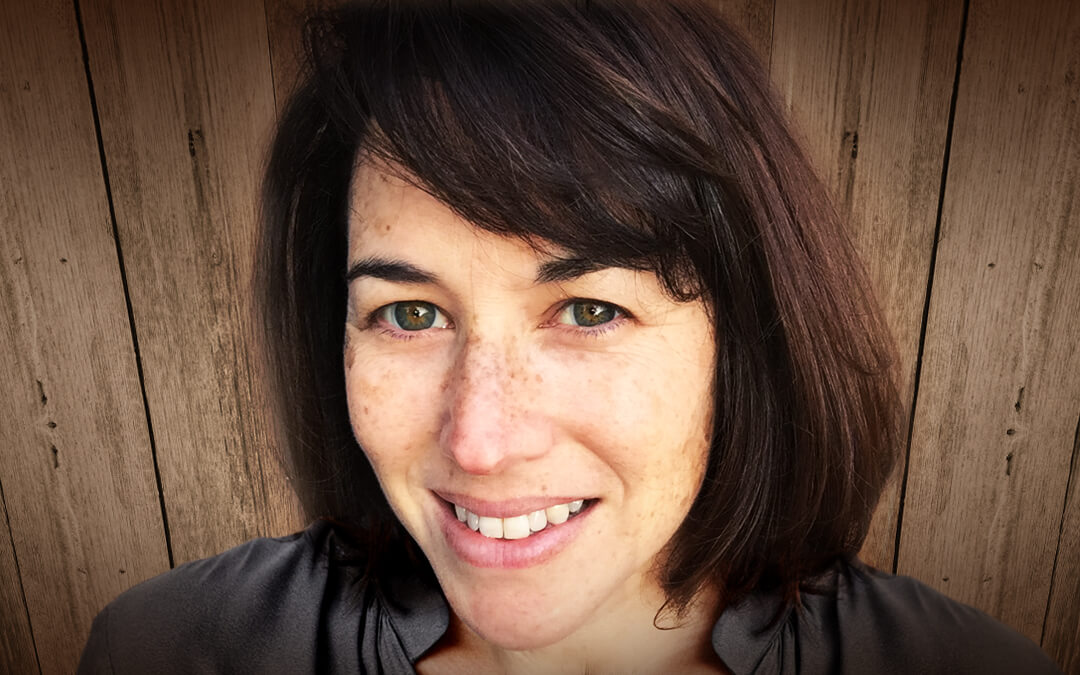 Fruitvale Station, Swiss Army Man, and Beasts of the Southern Wild. These and many more feature films have one thing in common: The filmmakers behind these brilliant movies developed their skills through the Sundance Institute and the Feature Film Program. The Sundance Institute Feature Film Program has supported and championed many of the leading independent filmmakers of the past 30 years whose distinctive, singular films have engaged audiences worldwide. Ilyse McKimmie mentioned a big part of Sundance’s success is because of the holistic approach. “Our artist-support programs all put the creative imperative first and foremost, and encourage each artist to allow for failure and embrace it as just one part of the process.”

Of the multitude of submissions received for the labs and program, only 12 projects are selected for the five-day January Screenwriters Lab in January. They are selected from an open submissions process as well as recommendations from program alumni, creative advisors, film school faculty, film festival staffs, producers, and other film professionals. Creative Advisors to the students in the labs have included outstanding filmmakers like Alexander Payne, Ed Harris, Paul Thomas Anderson, Denzel Washington, Walter Salles, Stanley Tucci, Catherine Hardwicke, and many more.

From there, these projects may be chosen for additional support through the other labs. McKimmie, Labs Director for the Feature Film Program at the Sundance Institute, explains, “The creative labs are only the beginning of our relationship with artists; we provide a year-round continuum of support that extends to strategizing how the work can reach the desired audience and how our artists can sustain a career over the long term.”

The Creative Producing Lab & Fellowship submissions will be open in Fall 2017 and the Screenwriters Lab in January 2018. In speaking with McKimmie, she provided many insights and guidance to those looking to become involved in the program and labs.

Q: What inspired you to pursue a career in the entertainment industry?

McKimmie: I’ve always been attracted to and inspired by storytelling. When I was in school, I was a drama geek and found my tribe amongst the other theatre people. I acted in all the plays and musicals, and in college I transferred behind the scenes as a production stage manager. After graduation, I wanted to stay in Los Angeles, and realized making a living working in theatre would be challenging, so I made the switch to film. I believe incredibly strongly in the value of stories and their place in the culture; films, plays, and other pieces of narrative art help me understand the world around me. I’m not gifted as a dramatic writer, but I have honed my skills over time to be able to help other artists shape their narratives, clarify their themes, and find the most compelling versions of the stories they want to tell.

Q: How did you become involved with Sundance?

McKimmie: I began my career as an assistant at an agency, and then I moved to a production company on one of the studio lots. I learned a tremendous amount from those positions and was lucky to work for talented and generous people, but it never felt like exactly the right fit for me. When a position opened up at Sundance Institute working for Michelle Satter, Founding Director of the Feature Film Program, I knew what the festival was but didn’t know much about the Screenwriters and Directors Labs. Once I learned how the labs operate and the kind of artists they support, I felt like I had found my dream job. That was 18 years ago, and I’m still here because every year feels like a new adventure in which I get to support incredible artists telling fantastic stories, and keep learning and growing and being part of a vibrant community.

Q: Why do you believe Sundance is influential to the industry?

McKimmie: We endeavor to be responsive to the needs of our community, and proactive in taking a leadership role in areas where bold action is needed. Of course, a huge part of the way we influence the industry is by identifying, nurturing and promoting an inclusive group of distinctive artists whose voices would otherwise have a hard time breaking through. I hope we’re also a hub of community, not just for the people we support directly, but also for the indie-film world as a whole—the village of collaborators who bring the stories to life and the audiences who are hungry for them.

Q: What sparked your passion to assist up-and-coming talent?

McKimmie: To me, it’s most exciting when we work with people who are trying to do something new, whether it’s the content of the story they’re telling or the way they want to tell it. The most memorable projects, in my experience, come when the work is specific and reflective of the uniqueness of the human who made it. Although our labs are populated by experienced advisors who generously share their wisdom and guidance, we never prescribe one right way of doing something; we always embrace each artist’s individual vision, and try to offer them a toolkit of working methods from which they can cobble together a process that works for them. It’s through this experimentation that our artists can make films that are truly dynamic and memorable, and build a creative practice that will hopefully serve them throughout their careers.

Q: How do you think Sundance supports storytelling and filmmaking as the industry changes with the surge of new media content, virtual reality, and other alternatives to visual art entertainment?

McKimmie: This desire to support innovation leads us to consistently stay on the cutting edge of all modes of storytelling, and over the years we’ve grown our programs to address the changing landscape. These include our New Frontier Story Lab and Artist Residency, which supports fiction and non-fiction projects that can have various points of entry including film, gaming, VR, web/mobile native arts, theatre, and more. Our Episodic Storytelling program supports creators making long-form content for broadcast, cable, and digital platforms as well as short-form online content. Our Documentary Program runs the Art of Nonfiction Initiative, for documentary filmmakers exploring inventive artistic practice in story, craft and form. The common thread among all these, along with all of our labs, is to foreground a creatively rigorous process, embrace risk-taking and collaboration, and put story first.

Q: What should artists expect during their involvement in the program and labs?

McKimmie: It’s very difficult to adequately communicate what it feels like, especially from the fellow’s point of view. I always tell people the most important thing is to stay open, stay fluid—the experience of a lab is a little bit like trying to drink from a firehose, so we just want the artists to take it all in like a sponge. Afterward, it will be up to them to figure out over time what they want to try and implement in their project, and what might be something that’s a really smart idea but isn’t quite right for the movie they’re making. A few things that artists can definitely expect from the labs: they will be overscheduled and overfed; there will be a time when they feel like they’ve got it all figured out and there will be a time when they feel like a fraud; they will be asked more questions than they have answers for; and they will make a connection with their fellow lab-mates that will long outlast the lab itself. The main thing we ask of them is to fully engage—it’s okay not to know the answers, or to disagree with differing points of view; but the sooner you can let go of fear and defensiveness, the sooner you’ll start getting to the heart of the creative work.

Q: Is there a specific point of entry or path?

McKimmie: The most typical point of entry for support is the January Screenwriters Lab; the Directors Lab is usually populated by projects that have already received support through a previous lab or other artist program, and we also use the January lab application to source projects for our Screenwriters Intensive and Film Two Initiative. The nature of our support is that it is deep and intensive, with multiple touch points over the life of a project. However, we also want to be nimble and flexible with our ability to support the most exciting new voices and stories, so we’re constantly evaluating how we can have the most impact and help sustain momentum for artists at crucial moments.

Q: What are key tasks or accomplishments that artists can do to position themselves for consideration and selection in the labs?

McKimmie: This may sound overly simple, but the best thing artists can do to position themselves for the lab is to do the work and tell the truth.

1 – Doing the work: I often say the ideal time to apply to a lab is when you feel like you’ve taken your material as far as you can on your own, and the fresh, intensive perspective that the lab provides is what’s needed to help you solve stubborn problems, get “unstuck,” or just take the material to another level. But you don’t come to a lab to learn the basics tenets of screenwriting, and you don’t come for a stamp of approval so that someone will give you money to make your film. We want people who have fire in their bellies, who won’t settle for good enough. We support a lot of personal stories, but make sure your story has a beginning, middle, and an end, enough incident to sustain a feature and an engine to drive it, and isn’t just filmmaking-as-therapy.

2 – Telling the truth: Tell a story that matters to you, in which you’re personally located in some way, and not just what you think Sundance or the industry will respond to. Put some skin in the game, and constantly dig deeper to find those authentic bits of behavior and honest, often painful, parts of yourself in your characters. When applying for a lab, be forthright about the strengths of your project, but also the things you’re struggling with that you know don’t yet work. So often in this industry, artists feel compelled to sell their wares, and we want to know that you have confidence in your work, but a candid assessment of your challenges is valuable for us to see.

Q: What has been the most rewarding part of the labs for you?

McKimmie: The most gratifying part of the labs for me is that I feel part of an extended family of creative people who care deeply about stories, and each other, and for whom generosity and giving back are guiding lights. It’s almost a cliché, but I think every person who participates in a lab in almost any capacity feels like they get more out of it than they give—and yet everyone’s contribution is uniquely valuable and incredibly meaningful. When I’m at a screening of a lab film and see an artist’s vision reaching an audience, and I feel like they made the film they wanted to make—and we at Sundance played some part in that journey—there is nothing better.

More information regarding the Sundance Institute and the Feature Film Program can be found on the website: http://www.sundance.org/programs/feature-film/.