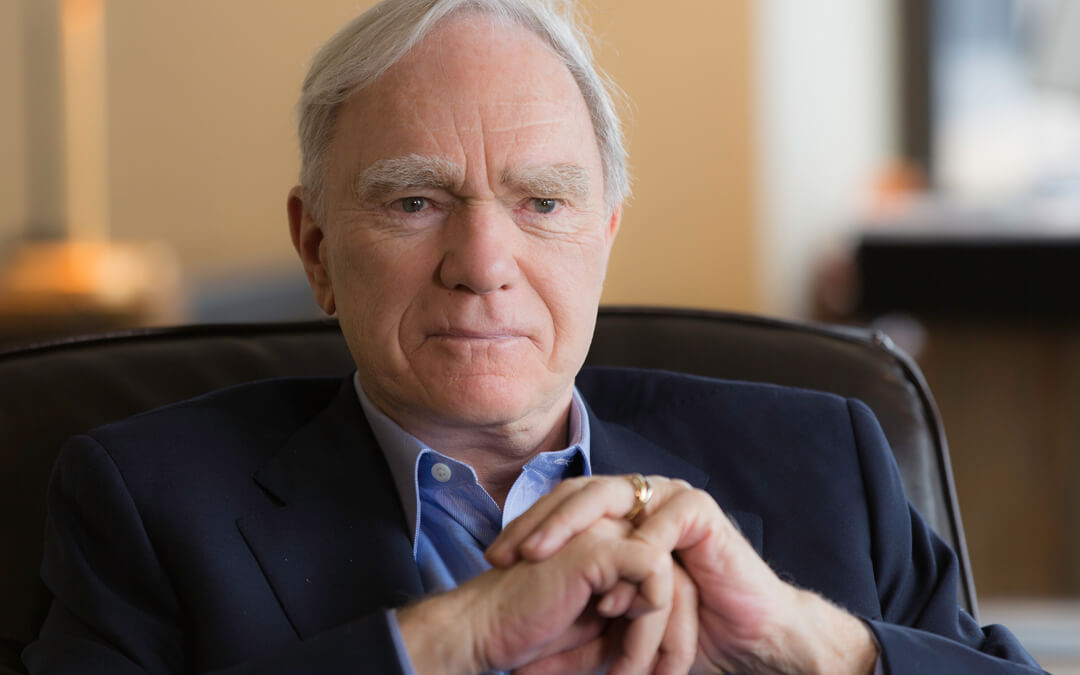 The venerable screenwriting instructor Robert McKee is not only a knowledgeable craftsman, but also a fan of well-spun tales, whether on stage, in books, or on screen. Creator of the three-day STORY seminar—and a celebrity among academics, thanks to Brian Cox’s portrayal in 2002’s Adaptation—McKee is blunt yet eloquent as he glides from films he adores and despises. He mentions loving 2016’s Lady Macbeth, director William Oldroyd’s 19th-century romantic thriller, in the same breath as 2014’s Guardians of the Galaxy and The Lego Movie. But this summer’s Atomic Blonde? Not so much.

“It’s repetitious. It’s a female Jackie Chan without the humor,” he said in a recent phone interview, adding, “I never believed that people simply go to stories to escape. I think they go to a story to explore a world that they didn’t know. That’s why, when you see something that’s a catalogue of clichés, you don’t escape. You get pissed off.”

McKee, a BAFTA Award-winning writer whom writer-director Peter Jackson (The Hobbit, The Lord of the Rings trilogy) calls “the guru of gurus,” typically brings STORY to New York City and Los Angeles, as well as other cities such as Beijing, Amsterdam, Paris, Mumbai, and Rio de Janeiro. This fall, he’ll teach the substance, structure, style, and principles of story design in Boston (Sept. 21 to 23); Austin, Texas (Oct. 6 to 8); and London (Nov. 9 to 11). He also teaches seminars that analyze storytelling in particular genres, such as love stories and crime stories, as well as storytelling techniques for business leaders. (STORYNOMICS comes to New York City on Sept. 27 and San Francisco on Oct. 11.)

“Is it a symptom of insanity?” he said of his schedule with a laugh. He’s 76, after all.

But to McKee, stories—and sharing how to tell them well—are as essential as breathing. “I will do this as long as I can speak. If I had a religion, it would be art in general and storytelling in particular,” he said.

His passion makes him a splendid conversationalist, full of warmth and a mischievous jab here and there. (Hearing that I hadn’t read his latest book, Dialogue: The Art of Verbal Action for Page, Stage, and Screen, the follow-up to his seminal 1997 book, Story: Substance, Structure, Style and the Principles of Screenwriting, he asked, “Well, what’s stopping you? Put it on the nightstand,” and chuckled.)

Storytelling feeds McKee’s soul … and ours. “The deep function of all art is to make life more beautiful, more clear, more understandable and, as the great critic Kenneth Burke said, give the world equipment for living. Stories give us models of experience—why we do what we do, and the probable consequences of all that.”

He loves talking to storytellers, whatever their medium, because “I give them equipment for writing, so they can give us equipment for living.” Plus, “I have tremendous fun.”

McKee was an actor in his youth, and he thinks of his seminars as scripts: a one-man live show with an audience from 9:00 a.m. to 8:00 p.m. each day, albeit with breaks. “It’s a decent educational theater, and I’m its only actor,” he said.

Looking across the storytelling landscape, McKee said contemporary fiction has “great stories with great insights,” and television has “never been better.” He’s currently catching up on the end of season two of The Leftovers.

He finds the theater struggling “because it’s caught up in a lot of false modernism,” although there always will be wonderful plays, he said.

“The one medium in deepest trouble is cinema, with the exception of independent film,” he said. He blames what he calls the war on clichés. “On one side of the Atlantic, we have Hollywood clichés, and on the other side, we have art-world clichés.”

Although he aims to help writers avoid those, McKee says he distills what he’s absorbed from masters such as Aristotle in Poetics. “My book is not the be-all, end-all,” he said. “Aristotle is as germane today, as true today, as it ever was … he knew human nature. That hasn’t changed. The other thing about him is, he never wrote a play. He is one of the most profound minds who’s ever looked at the art of story.”

A story, especially one told for the screen, isn’t just an escape but a tool that should enable you to discover something about yourself or someone else. “If you fill that vanished time with an experience that enriches your humanity, you’ve done a great thing for the world.”

To master this art form is a lifetime struggle, he said. “Writing’s a bitch. Often it’s a case where the more experienced you are, the higher standards you have, and the more brain-busting the work.”

If you’re an aspiring or emerging writer, your greatest challenge is not honing your skills but deciding why you want to write. “Decide whether you’re in love with the art in yourself, or yourself in the art,” McKee said. “Are you in love with the idea of being in Hollywood? Or because you want to express your insights on solving one of life’s great puzzles? See, if you love the art in yourself, you will have to write. There’s no choice. You will persevere.”

Too many aspiring screenwriters just want to be in the business and copy others’ successes, he said. “They will do what they think Hollywood wants them to do, and usually what comes with that is failure.” To truly learn your craft, you have to be willing to fail 10 times over, writing a major script a year for the next 10 years that nobody wants before hitting upon one that someone does.

“It’s a reality that most people don’t want to face,” McKee said. “People like me who teach writing too often sell the lie. I figure, if I can discourage people from writing, they were never meant to write. They were a dilettante and should leave the room and leave the people with the guts and the love. I won’t lie that writing is easy. The telling of a story as a professional artist is the hardest work that a human being can pick up, because it’s more about human nature. No matter what you know, you never know enough.”

He finds writing contests, such as Final Draft’s Big Break screenwriting contest, invaluable not for the accolades and in-roads they provide but because they force you to break through paralyzing procrastination and affirm your artistic path.

“Big Break is a serious opportunity for beginning writers. The first screenplay I wrote [Hard Knocks] won the National Screenwriting Contest. I don’t even know if it exists anymore. But that was a tremendous validation for me. You’re not utterly self-deceived. Other people actually enjoy your work and approve of it,” McKee said.

After all, your only real competition as an artist is with yourself, he added. So strive to make your work the best it can be, and take the recognition where it comes. “Even if it [your project] doesn’t get made, it will light a fire that’ll burn.”