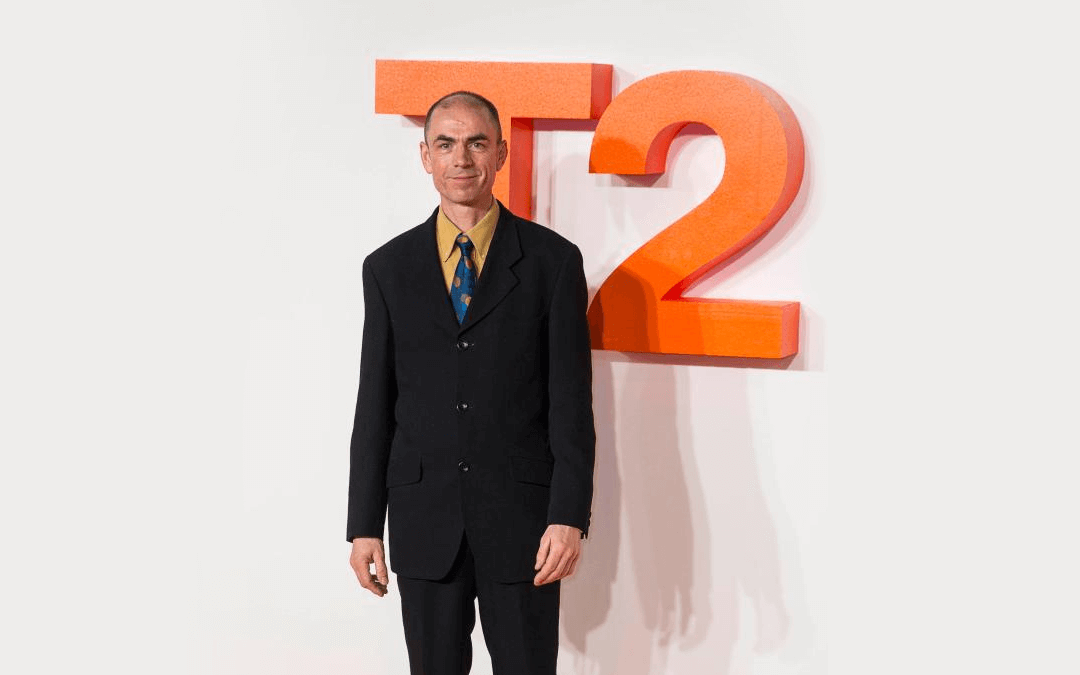 With T2 Trainspotting, screenwriter John Hodge pulls off a feat other writers envy: a character-focused sequel set – and released – twenty years after the original that’s poignant and funny, even with a plot that’s beside the point.

But Hodge, who earned an Oscar nomination for adapting 1996’s Trainspotting from the novel by Irvine Welsh, at first wasn’t sure he could revisit this world so many years later, let alone recreate it to satisfy director Danny Boyle, the cast, and audiences alike.

“It’s very daunting because I hadn’t watched Trainspotting for twenty years, and I watched it and thought, ‘Oh, gosh, I thought that was quite good,’” he’s said.

A meandering tale about a group of heroin addicts and miscreants, the original Trainspotting nonetheless hit audiences like a shot of adrenaline, thanks to its crackling dialogue, youthful exuberance, and jittery energy. The film helped launch the careers of Jonny Lee Miller, Robert Carlyle, Ewen Bremner, and Kelly Macdonald, and it featured a standout performance by Ewan McGregor, whose charisma and wry, rapid-fire delivery as Mark “Rent Boy” Renton kept viewers spellbound despite his repulsive habit.

Hodge, a trained medical doctor and Glasgow native, seemed to know what made these people tick. He also had the good fortune to collaborate with Boyle, whose visual flourishes – a baby crawling on the ceiling; Mark diving into the filthiest toilet in Scotland to retrieve drugs, only to have the water in his imagination turn a pristine blue – proved an ideal match for the script’s odd but magnetic mix of grit and humor.

The two met on the 1994 crime caper Shallow Grave, Hodge’s first produced screenplay and Boyle’s directorial debut. In the intervening years, they’ve also teamed up on A Life Less Ordinary (1997), The Beach (2000), and Trance (2013).

Ultimately, the passage of time proved an inspiration instead of a hurdle. Hodge watched the first film to hear the characters’ voices again and thought about what they might have been doing for 20 years. “In what ways have they not changed a bit? In what ways have they changed? That’s a lovely thing for a writer to have at his disposal, to play with and explore,” he’s said.

The fact that some characters seem to be treading water adds an emotional resonance for the audience, who has grown older, too, said Carlyle, who plays Mark’s violent pal Begbie. “Without giving anything away, maybe some of them haven’t really moved on. That’s what the audience is going to have to go through with them,” Carlyle has said. “I tell you, this film is going to be quite emotional for people. Because the film sort of tells you to think about yourself.”

As entertaining as watching reckless twentysomethings can be, that same verve takes on a tragic pall decades later, Hodge has said. “That’s the thing between 25 and 45. It’s growing older. And you’re now kind of nearer the end than the beginning.”

The new film includes nods at the original, such as when Diane (Macdonald), Mark’s underage lover years ago, remarks that another woman is too young for him. McGregor also gets a chance to pelt us with another volley of words and images like Mark’s famous “Choose life” monologue from the first film, only instead of thumbing his nose at all the choices he has in life instead of heroin, this time he’s full of melancholy: “Choose life. Choose Facebook, Twitter, Instagram and hope that someone, somewhere cares. Choose looking up old flames, wishing you’d done it all differently. And choose watching history repeat itself.”

The guys revisit old haunts and probe wounds, like how Mark ripped them off after a drug deal, or how Simon (Miller) was so high, he neglected his infant daughter and she died. There’s another heist and a betrayal, fisticuffs and profanity, but also redemption, even for a moment, along with a warmth that sneaks up on you.

It’s not an all-out romp, although there’s plenty of humor. Then again, the original wasn’t, either. By envisioning where the characters might have ended up instead of recreating where they’ve been, Hodge has crafted a study of friendship, regrets, and the people we love who drive us crazy. It’s a potent example of how to give people a taste of what they like but spin it into a different yet tantalizing flavor.