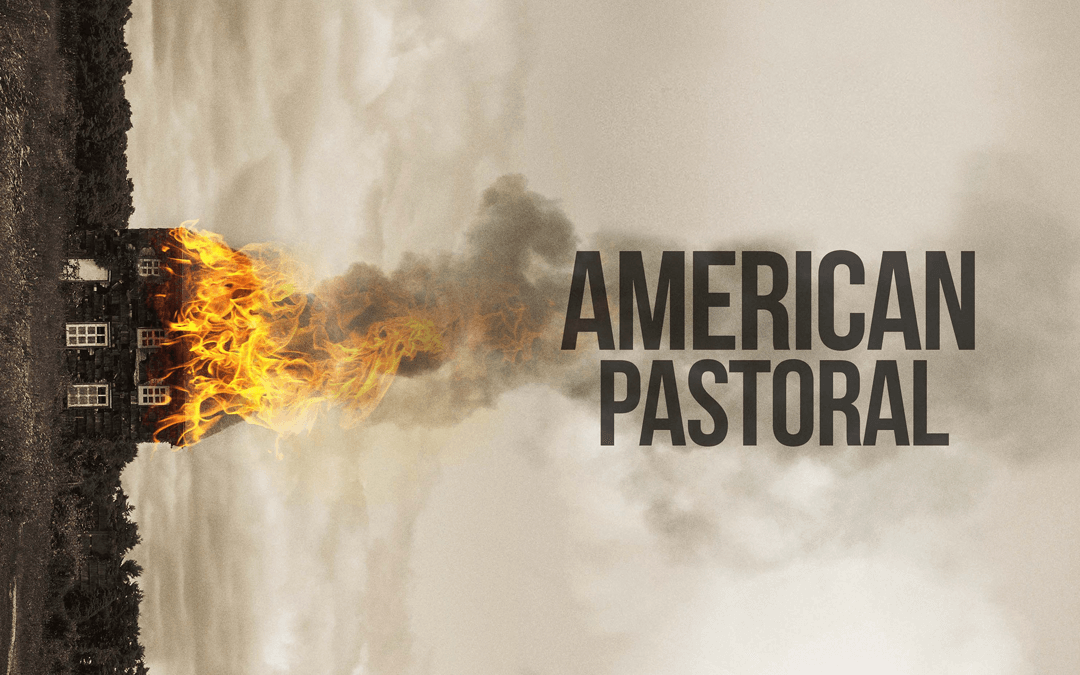 Final Draft: You adapted Philip Roth. That’s got to be a daunting challenge I would imagine.

John Romano: It was! Daunting is the word! It was specifically daunting because I used to teach English and American Literature at Columbia for a while and I used to teach Roth. That novel wasn’t out yet when I taught (that was like ’98), but I always considered him our best writer. You add that to the usual screenwriter’s trepidation about adapting a great novel. Oddly enough I had read the novel and loved it but it didn’t occur to me that it was a movie until a producer at Paramount came around and said, “I’m adapting it”. I thought they must have the wrong guy because I had already read it and I’m a writer for movies and television but it didn’t leap out at me as a movie. So I said “OK, let me have a look”, and then I saw it.

FD: I imagine paring it down to a story that could fit within a movie run-time was a huge task in itself.

JR: I mean, it was fun, I have to say. Sometimes it’s just there for you and once I sat down with that in mind I knew where to look.

FD: The project took a while to make it to the screen right? When did you get involved with it?

JR: The script started going around, you would not believe this, in the year 2000. In other words it was being read about the time that 9/11 happened and that was really not good for us for a lot of reasons. I wouldn’t say that the story is sympathetic to a terrorist and bomb maker, but that is a dimension of it. It certainly humanizes her, I hope and believe. And no one was in that mood post-9/11, and I mean for several years. We were in Iraq and Afghanistan and no one was in the mood to hear that story. The screenplay got a lot of good attention right from the beginning, but that was part of the obstacle. And I think the 60’s had to get a little further away. It had to become a little more of a period piece. And then, you know, the tides of movie making shift, what’s in and what’s out, although I must say that ultimately it was made at a time when people will tell you, you can’t get such a movie made, so I’m particularly proud of my producers for bucking every possible tide.

We think we live in a very edgy time in which you can do anything on film but we don’t. Yes, we put blood and sex and gore on screen but to pose a genuinely deep, humane, moral dilemma – people don’t want to be brought to difficult places and the book lives on discomfort, and the movie answers that. We’ll blow shit up. Blow up half the world in every movie we make or see, as if we were these big tough guys that could tell any story but give people one hard, moral problem that has two sides. This story is of a sweet man being loyal to this daughter of his, in spite of all the evidence to the contrary, and what really goes into making a murderer. The movie is obviously mild enough from the point of view of sex and violence, never-the-less it’s not mild in terms of what it asks you to feel and think. That’s what nobody’s making. If you hang around screenwriters (and I take it you do) what they‘re talking about as a non-starter is what used to be called drama.

FD: It feels like a lot of that storytelling, and it’s not necessarily a bad thing, it’s new to television, that sort of adult storytelling. So it’s nice to see a movie that asks those kind of questions.

JR: It is, and the audience has been slow to come, there’s no denying that and I think that’s part of it. I get it.

FD: With this film even, I imagine earlier incarnations of it had a higher budget than you ultimately ended up with just because of what you’re talking about.

JR: That’s true. It wasn’t in the category of comfortably small. It’s not an indy film but it got a lot smaller as the reality of what movies were being made and what weren’t set in. It was ultimately generous and we had movie stars in it. But without being a small movie it got smaller. Franz Kafka says the only reason to read or write a novel is because it scares the hell out of you. And he doesn’t mean Freddy. He means it scares you about who you are and who we are. What it means to be human, to be a parent, what love is. If we did our job, the movie does that.. the book certainly does.

FD: I want to jump back a little bit to how you got started because you were a professor. How did you make that transition from academic to film writing?

JR: The short answer is I found bad company. I was living in New York and my friends were people who had been in the drama school at Yale when I was in the English department there. There was a bar they hung out in with a lot of screenwriters and directors and actors in the New York variety which, in those days, meant simply “didn’t have a lot of TV shows”. All the daytime soaps, emerging small movie world. So I was around these people and it was the classic thing where I saw the scripts that they were doing and I thought, “I could do that”.

I was teaching Tolstoy and James Joyce and you read those novels and you don’t think, “you know, I’ll sit down and write mine, a born genius”. You look at an ordinary notch of ordinary screenplays and ordinary movies and you start saying, “Oh, if I can write or tell a story and think about character in a way that I’ve been trained as an academic, I can write that movie. I can get there from here”. That was part of the motivation and I had a couple of small children at the time. I was in my early 30’s and that’s a late start but on the other hand I think that everything about being around novels really did help me. I did a lot of television but when it came to features, I was constantly being asked to adapt the Third Vehicle as an Ed Harris movie and adaptation. The background in novels played well for me because it ended up being what I do and I think the most difficult, by far, was American Pastoral. I was working on that for Lakeshore Entertainment and it was 20 or 30 drafts and you don’t get paid for every little draft. In the real world, if you want the movie to go forward, you give them what they need (within limits). I was working on it for years because I believed that Lakeshore would make it and I was right. To keep me happy, I think, they tossed me the manuscript of an unpublished novel and said “We’re going to hire you to write this one. Put American Pastoral aside, take a deep breath, take 6  months and adapt this one, The Lincoln Lawyer, which fortunately came very easily. Within a few months I had the draft.

FD: I think a story like that was probably maybe not easier to adapt but certainly when you read that book you kind of see how it’s a movie almost immediately.

JR: It had one obstacle. The one obstacle it presented, and you couldn’t pick a harder one, is that it’s a first person novel so there are long passages where “I felt this and I felt that and I remember when this happened” and now the task of the screenwriter is you don’t want to do clunky voice-overs for the rest of your life, so you substitute action and events and screen time of a telling kind for all the first-person, inward narration. I loved writing it and I must say, it came genuinely easily. Michael had designed it for the screen.

FD: Most of the people who are going to be reading this interview for Final Draft are writers or aspiring writers and I’m just curious what your process is on a practical level – do you wake up early, do you write at night?

JR: I can answer that very simply. I happen to be an early riser and as you get older it becomes more natural. I always have, since Hill Street Blues, which is where I started. We had a producer who had us sitting down to a work breakfast at 7AM, so to get ready for that meeting you were up working by 5:30 and I just stayed in gear. I learned a lot from him, that was David Milch. So we got into his rhythm, which was crazy good if you’re a writer because you get two hours in before the phones start ringing and everything else starts. I’ve kept that up all my life.

I don’t write at home. I have a lovely book-lined study which I stay away from when I’m trying to write because, comfortable as it is, I can find twelve things to do in there that distract me. So I park myself in a succession of coffee shops. Once I start my script in a coffee shop that’s my breakfast place for the next year. Then I move to a new one for the next project. Then I put in a few hours before lunch. I follow Charles Dickens schedule. I wrote a book on Dickens. He was a morning writer and done by 1PM. Anything I do after lunch for me is gravy, you know, I’m off the clock.

I outline endlessly and I re-outline endlessly because the problem is with outlines, writers in general will know, once it’s there you have to make sure to polish it and make it shine. It’s almost inevitable that you stop having good, big ideas because it will screw up your index cards. It will make a mess of this brilliant outline you just spent a week doing and you tend to protect. So I outline and re-outline because I’m chasing the best version of the story over the one that did the least damage with the new idea.

The other thing I do is I do a lot out loud. I’m sitting there and I vocalize the speeches. Even if you’ve written a speech, go and say it out loud in some natural way (and I’m not an actor), it comes out a little different. It comes out the way people talk. What I do is follow that change even if it means dropping some word I was particularly proud of or some phrase that struck me as Oscar-worthy. I know how it came out of my mouth and loyalty is to the way people really talk and to what really happens. That’s the other great advice and I got it from Steven Bochco whom I worked for on a number of shows. He used to say, “when you’re trying to figure out what happens next in a screenplay or teleplay, never ask yourself what’s the coolest thing that can happen now or what have we never seen on TV before. Ask yourself, what would really happen and that will win every race.”