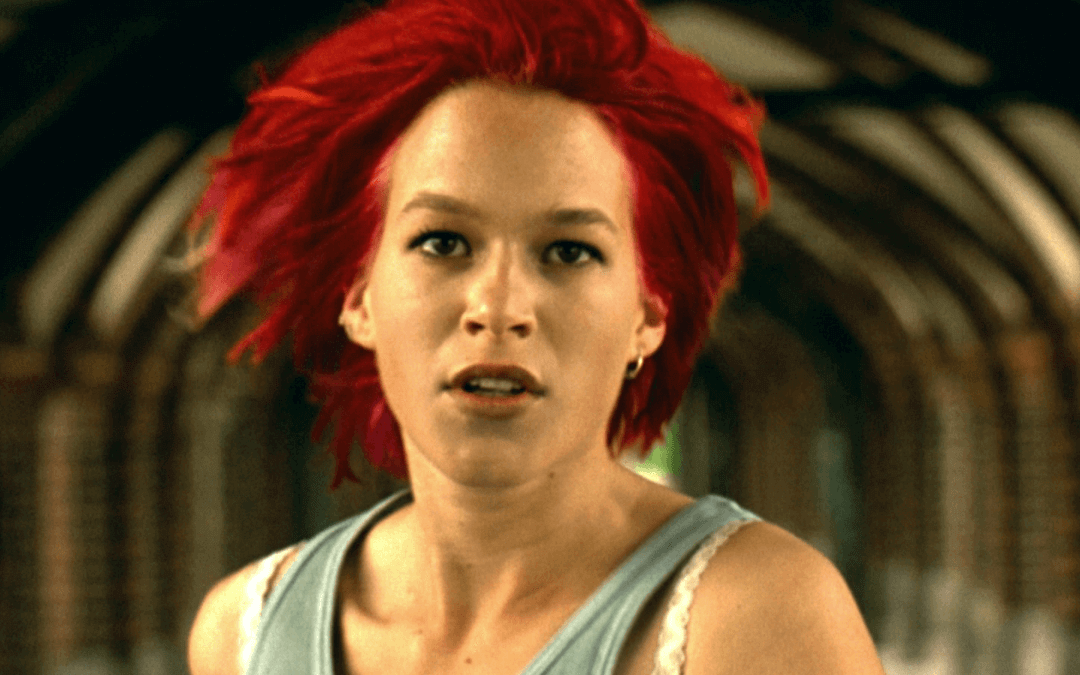 Action sequences can be tricky to write. Screenwriters often struggle to strike a balance between orienting the reader/viewer and directing the scene. So how do you hit that perfect middle ground? How do you find the art in writing action sequences?

Writers with action scripts to their credit suggest keeping sentences short and not highlighting every movement, though it may feel necessary. Instead, focus on what’s different about the environment, the stakes or the story.

Run Lola Run is one action film with a style as unique as its protagonist’s flame-colored hair. This 1998 German independent film offers audiences a Groundhog Day-style narrative peppered with animation, allusions to Alfred Hitchcock’s Vertigo and meditations on fate—all within about an hour and 15 minutes. Empire magazine named it one of the 100 Best Films of World Cinema, saying it “perfectly balances arthouse sensibilities with multiplex action.”

The film owes its fast pace in part to an expert editor, who through 1,581 cuts and other transitions ended up with an average shot length of 2.7 seconds, according to Empire.

For starters, it doesn’t spend a lot of time with backstory. Action films like 1994’s Speed effectively establish the cops, played by Keanu Reeves and Jeff Daniels, through a crisis unrelated to the main plot. But Lola has a tighter time frame—and a theme that plays with choices and consequences like a ‘Choose Your Own Adventure’ story. So it immediately dives into its predicament as Lola (Franka Potente of The Bourne Identity) receives a frantic, tearful phone call from her boyfriend, Manni (Woman in Gold). The aspiring hoodlum has messed up big time on a tryout, losing a crime boss’s bag of money on the subway; a homeless man picked up the cash after a spooked Manni saw police officers and exited the train without it. He has twenty minutes to come up with 100,000 Deutschmarks or he’s dead.

Lola urges him not to do anything foolish, like rob the grocery store near his phone booth. She says she’ll come up with something and is on her way to meet him—and just 11 minutes into the film, she’s running down her apartment building’s stairwell, the script establishing a clear goal, stakes and urgency.

Each of Lola’s efforts then becomes one act of the larger film – three mini movies each with a beginning, middle and end. They start when she hangs up the phone and end on the street outside the grocery store.

The strength of the characters adds greatly to the effectiveness of the action as well. Performances aside, the dialogue, setting and flashbacks endear this quirky couple to us. They live in a cluttered apartment and have no car but instead share a moped, which someone steals while Lola stops to buy cigarettes. Suspense builds along with the ticking clock as we flash back to Manni and Lola in bed discussing the core of their relationship. “You said, ‘Love can do everything,’” he says from their past, raising the unspoken question in the present; But can it get 100,000 Deutschmarks in twenty minutes?

In each segment, Lola runs to the bank where her father works, but the variations of circumstances spread to passersby—a woman with a baby carriage, a bicyclist, a motorist—whose lives flash forward after their interactions with Lola.

Aside from offering quick, visual representations of life’s infinite outcomes, these minor characters serve a vital function: acting as signposts for viewers to follow the action. We might not recognize Lola’s particular cityscape, but we know when we see the bicyclist that Lola is near the bank. We also remember each previous encounter and enjoy noting how the others change.

Naturally, while she runs, Lola has little time to talk. The pace slows when she speaks to her father (Herbert Knaup) or the bank security guard (Herr Schuster), or when Lola and Manni, in flashbacks, each wonder how the other would cope alone. The uncertainty in this pillow talk heightens the unpredictability of their actions (for themselves and for each other) in the present.

Lola’s story winds down thanks to a touch of magical realism—a glass-shattering scream established in each “run.” Lastly, it also shows a character arc for both Lola and Manni as each thinks of others beyond their own little world. Lola surrenders to fate, whispering for God or the universe to help her. She also pauses to be selfless, comforting a man with heart trouble (the security guard, it turns out). Manni, too, has a moment of charity after happening across the homeless man from the subway.

The setup is simple, but the action is elegantly conveyed. The twists pay off, each easy to follow and in service of the greater ideas: chance and destiny, established in the title cards. “We shall not cease from exploration,” they say, quoting T.S. Eliot. “And the end of all our exploring / Will be to arrive where we started.”

Valerie Kalfrin is an award-winning crime journalist turned entertainment writer. A member of the Florida Film Network, she has written for The Guardian, Bright Wall Dark Room, The Script Lab, Signature Reads, and The Tampa Bay Times, among other publications. She’s also an emerging screenwriter and script consultant. She lives in Florida.