Home > The Art of Pacing: How to Improve Your Dialogue

The Art of Pacing: How to Improve Your Dialogue 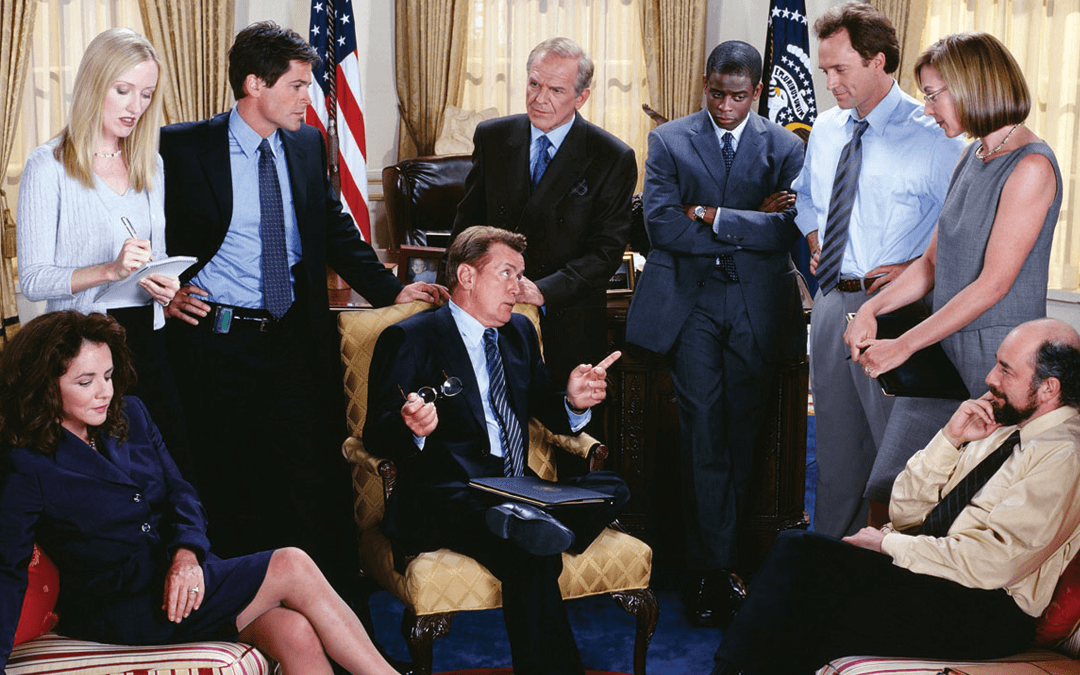 Dialogue can highlight your screenwriting skills in a unique fashion. You might be a whiz at structure or writing action scenes, but those abilities tend to stand out on the page when you’re pitching a script, not necessarily in the final product. Dialogue is not only what decision makers and filmmakers read – it’s what audiences and critics quote after the movie. It’s a great chance to let your voice be heard through your characters. One way dialogue stands out is through pacing. Scribes like Aaron Sorkin, Quentin Tarantino, and Tiny Fey are among those who write with rhythm in mind.

Sorkin has said in the past that he fell in love with the sound of dialogue, and in a recent “Ask Me Anything” Q&A session on Reddit, he said he still follows this tune: “I find it very helpful to say the lines out loud while I’m writing them, and you can hear for yourself whether it sounds like the bad dialogue you’re familiar with, or the good dialogue you’re familiar with, or even better, something you’ve never heard before.”

The length of your characters’ sentences, the words that they use, even the word order all affect pacing. Action and comedy tend to have a staccato pace—quick, short bursts. On 30 Rock, this appeared when Liz Lemon (Tiny Fey) sparred with Jack Donaghy (Alec Baldwin), as well as in her frequent exclamation: “What the what?”

Add some repetition to a quick pace, and you get humor with a touch of characterization, as in this exchange from the trailer for 2017’s Justice League, written by Chris Terrio (Argo). Bruce Wayne aka Batman (Ben Affleck) has tried to recruit a new member to their superhero team, and Diana Prince aka Wonder Woman (Gal Gadot) wants an update.

“He said he’ll fight with us?” Diana asks.

“He said no,” Bruce agrees.

Beating around the bush can be funny, and it can add tension when that serves the scene, notes author Holly Lisle.

But for a quick pace, have your characters cut to the chase, Lisle says.

Directness also has power when your characters tend to talk at cross-purposes. The Sopranos was known for its slow, deliberate dialogue—but the toughness of Tony Soprano (James Gandolfini) rings clear when he gets to the point, like in this moment from Season 4 when he tells Christopher (Michael Imperioli) he’s going to rehab: “Listen to me, the only reason I did this is because you’re my nephew, and I love you. If it were anybody else, they would’ve gotten that intervention through the back of their f—ing head.”

A slower, smoother rhythm, a legato, serves softer, intimate moments, places for romance, reflection, or revelation. Have your characters talk around each other, or use longer sentences with lots of clauses. Jaime Lannister (Nikolaj Coster-Waldau) on Game of Thrones is known as a dishonorable man for killing The Mad King, but he did so for the most honorable reason: to prevent genocide. Jaime confides this to the noble Brienne of Tarth (Gwendoline Christie) in Season 3, building their friendship.

“He loved to watch people burn, the way their skin blackened and blistered and melted off their bones.…  Tell me, if your precious Renly commanded you to kill your own father and stand by while thousands of men, women, and children burned alive, would you have done it? Would you have kept your oath then? First, I killed the pyromancer. And then when the king turned to flee, I drove my sword into his back,” Jaime says. “He meant to burn with the rest of us and rise again, reborn as a dragon to turn his enemies to ash. I slit his throat to make sure that didn’t happen.”

Irony and insults make for memorable dialogue, but so does having one character’s comments trigger another’s. Lorelai (Lauren Graham) and Rory (Alexis Bledel), the mother-and-daughter duo of Gilmore Girls, often built on each other’s dialogue—and their own previous lines, like in this moment from Season 1, when Rory discusses school supplies.

“I’m going to a serious school now. I need serious paper,” she says.

“All right, fine. Here is your serious paper.”

“Ooh, and here are your somber highlighters, your maudlin pencils, your manic-depressive pens…”

“Now these erasers are on lithium, so they may seem cheerful, but we actually caught them trying to shove themselves in the pencil sharpener earlier.”

This reminds us of another tip from writing coach Rick Horowitz of Prime Prose: Know your audience. The language that viewers expect for the world you’ve created also affects your pacing.

The slang and cultural references of a teen or family drama like Gilmore Girls or the profanity of a crime drama like The Sopranos or Breaking Bad hits different notes from the higher tone and meticulous pace found on show such as Game of Thrones. Take this simple meeting from Season 5 of the fantasy drama between Daenerys Targaryen (Emilia Clarke) and Tyrion Lannister (Peter Dinklage).

“How do I know you are who you say you are?” she asks.

“If only I were otherwise,” he replies.

Take a page from Sorkin and read your work aloud—and don’t be afraid of awkward silences, or letting action say what your characters can’t, adds producer and consultant Wendy Kram. After all, Betty Draper (January Jones) shooting her neighbor’s pigeons after failing at a return to modeling created an indelible moment in Season 1 of Mad Men without Betty saying a word.

Sometimes a character not talking might be just the change of pace your story needs.

Valerie Kalfrin is an award-winning crime journalist turned entertainment writer. A member of the Florida Film Network, she has written for The Guardian, Bright Wall Dark Room, The Script Lab, Signature Reads, and The Tampa Bay Times, among other publications. She’s also an emerging screenwriter and script consultant. She lives in Florida.