Home > How Do You Tell the Story… About Your Story?

How Do You Tell the Story… About Your Story? 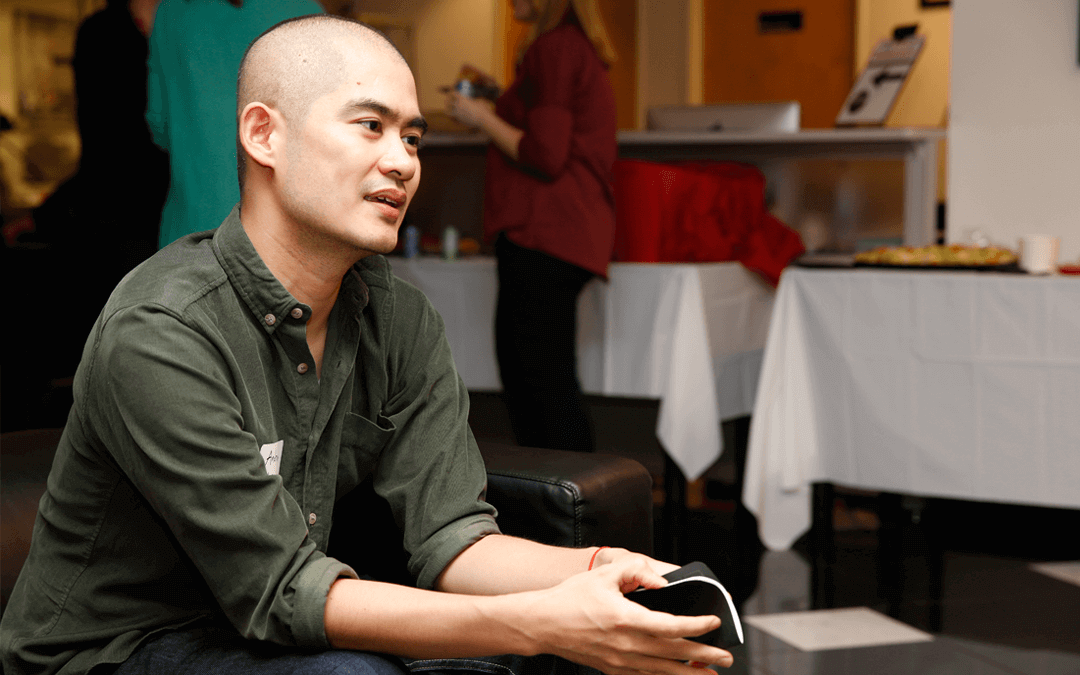 So you’ve finished a script. Your character motivations are on point. There’s a satisfying, poignant resolution. You caught a few spelling errors. That’s it, right? Turns out there’s this whole other world after you’ve finished writing. You know, the part where important people read your work and maybe, just maybe, your words make that jump from page to screen.

And that’s where pitching comes in. How do you tell the story… about your story? It can be hard to condense everything you’ve written into a short, punchy spiel. The seven different characters, the layout of your protagonist’s bedroom, that hilarious scene with the two guys and the car seat – there’s a lot to talk about. And that important person sitting across from you might not have the time to hear every beat of the story. They might not even be fully engaged. Part of being a writer is working on the ability to sell that script and yourself in that pitch.

So what makes a good pitch? A few weeks ago, I had no idea. Luckily, one of the many Big Break℠ prizes is the New York Film Academy Fellowship. And in that fellowship is a class devoted solely to pitching. At the end of the class, I found myself pitching to managers and development executives, and feeling surprisingly comfortable with the whole process. Here are some of my takeaways:

Tell your personal story. What inspired you to write your script? Was it an ex-girlfriend? Your crazy summer camp experience? Sharing your connection with your material grounds it in something real and builds empathy between you and your listeners. It gives them an anchor to return to, so if you’re describing a robot apocalypse, they remember that your Roomba went haywire and you started thinking about how dangerous Artificial Intelligence could be.

Your personal story can also draw out your passion for your project.  People are more likely to respond to enthusiasm – not necessarily razzmatazz energy, but the sense that you care very deeply about your work. It keeps your listeners engaged and even curious about what you have to say next. Which leads me to my next point:

Keep it interesting. Your script might be an amazing read, but if you’re speaking in monotone and covering every mundane detail, you can make anything sound boring – “Well, the droids land and get captured and Luke gets the droids and then he cleans them and there’s a message.” I’d still watch it, but that’s me. In general, it’s a good idea to focus on the propulsive elements of your story, the twists and turns that will grab someone’s attention.

In your pitch, you want to capture the feeling, the world, the energy of your story. So if it’s a comedy, make sure you have jokes. If it’s a drama, think about pacing and pausing for effect, and keeping your tone closer to the somber side. You’re not going to pitch Schindler’s List the same way as Harold and Kumar.

Practice. Pitching is a skill, and like all skills, it’s something you improve on the more you practice. Practice in your room, in the car, with your friends and parents. See where people laugh or where their interest starts to tail off. And ask for feedback. You’ll realize that paragraph of character description can be cut down to two words. Or that it’s unclear why your antagonist wanted your protagonists to fight. Think of it as a honing a standup routine. Maybe you won’t pitch the same way twice, but you’ll know what moments to hit and have a rough outline of how it should go.

After you’ve told your pitch a few dozen times, you get more relaxed and confident. You know where people are going to laugh, or feel connected. You end up having a better grasp of your story as well. So when you find yourself stuck in an elevator with Bob Iger, you’ll be able to give him your take on the next Star Wars without breaking a sweat.

Andrew Lee is a writer and sometimes performer living in Los Angeles. After graduating from Penn, he jump started his writing career by working as a budget analyst for the New York City government for over six years. He was a writer for the 2015 NBC Scene Showcase and won the half-hour spec category in the 2015 Big Break contest.