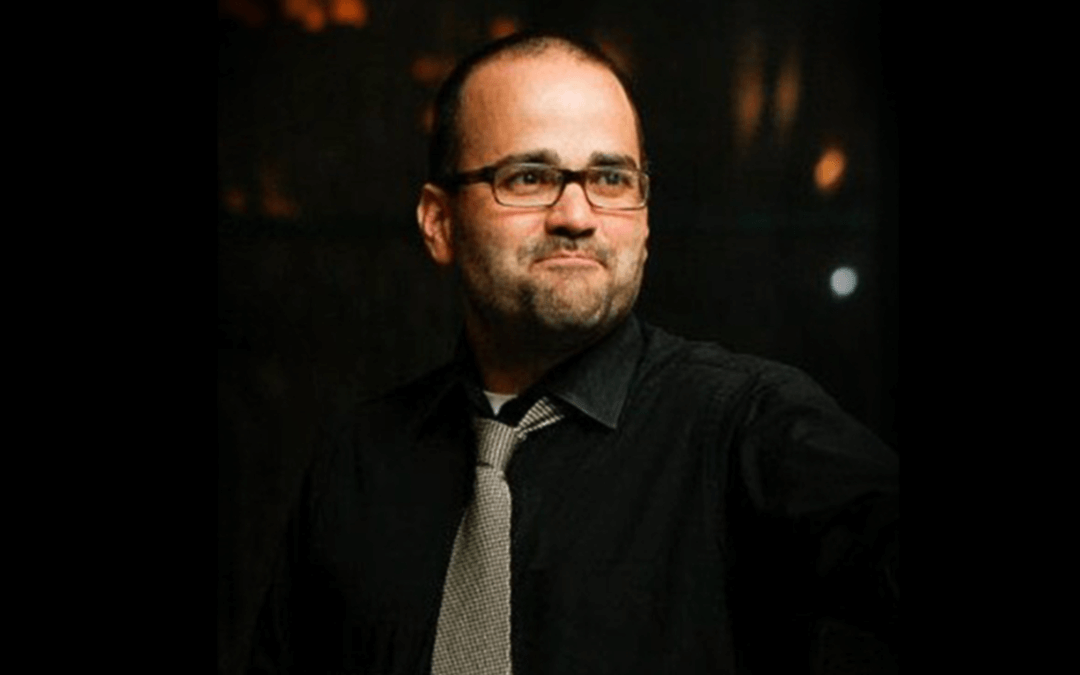 Read Part I of the Joseph Greenberg interview series here.

In Part I of this interview series, New Jersey screenwriter Joseph Greenberg spoke to Final Draft about craft and writing his spec script, Man Alive, which sold to 20th Century Fox for an impressive six figures. Today, in this second installment of his interview, Greenberg describes the process of acquiring literary representation and greenlighting the sale of his script.

After Man Alive won the Science-Fiction/Fantasy category of the 2014 Final Draft Big Break Screenplay Contest, you were actively pursued by management companies, correct?

Oh yeah. I did not query anybody. Basically, it was a lot of management company assistants who were trying to make a name for themselves, by monitoring screenwriting contests to see if they could read the winning scripts. I wound up hooking up with Aengus McLoone. I worked with him rewriting two drafts, and he was insightful and had great notes, but he decided to take a break from the industry, so he said, “I would really like to show this to my very good friend Scott Stoops.” Scott liked it, and kicked it up to his bosses, Jake Wagner and Jake Weiner, who called me less than a week after I sent it, and I wound up signing with them as management. We did another polish, then they started showing the script around, and a few days later, I was contacted by Bryan Besser and Parker Davis at Verve [Talent and Literary Agency], who I Skyped with for over an hour and I loved what they had to say, so I signed with them as well. So with “the team” officially assembled, they showed the script to 46 producers and financiers, and got great responses from a lot of people who wanted to talk to me–either because they were interested in the script, or maybe the script wasn’t for them but they liked the writing style and wanted to meet me, so I came out to L.A. and did 25 meetings in five days.

Describe the difference between your interaction with your managers, versus that of your agents.

I’d say my conversation was more relaxed with the management guys, who had an in-depth take on my script, and the notes they gave me weren’t, “This doesn’t work and that doesn’t work,” it was more like, “I see what you’re trying to do here, and you might bring it out a little better if you did X, Y & Z.” They even got the more nuanced stuff. And I’d say I was generally a bit more nervous with the agent, because he’s the rock star who figures out a plan and executes the deal. It’s a different dynamic.

What were your personal thoughts on signing on with your representation?

My personal thoughts were that I really didn’t want to f*** this up. In school, nobody tells you how to secure representation and nobody tells you what to look for with your rep. I knew agents and managers got ten percent and that lawyers got five percent, but beyond that, I didn’t know what questions to ask. So in the past three weeks, I’ve learned things about the pre-development phase of getting movies made, that I had no clue about before.

How involved were you in negotiating a dollar figure for the sale of your script?

Well, before I even went out to California, a company made an offer for an option, but [my representation] wouldn’t give them an answer until after I flew out for my meetings. Once I got there, I first met with Scott Stoops, and then together we went over to see Bryan and Parker at Verve, and they walked me through the week. “Here’s your schedule, which may change, but we’ll let you know right away if it does.” They explained that meetings with people interested in me as a writer would be more laid back and conversational, versus meeting with financiers interested in the script, which would be more like, “Here’s our plan for getting the money and getting this film made.” I ended up having a lot of good meetings. There was really only one bad meeting, but I really enjoyed meeting with everyone out there, because they were passionate about the script, which was great.

After I got home, the agents followed up with everybody, and there was one company I absolutely loved, who made an offer and the agents were putting together our counter-offer, when Fox came in and really picked up on it, because [Fargo creator] Noah Hawley was interested in directing it. My agents said, “We didn’t think this was a studio movie, but Noah has a great deal with Fox who he’s working with on Fargo,” so I was told to stay by the phone, because Noah would want to talk to me at some point during the day. When he called, we talked for more than a half hour, and I really liked his take on the script, so I called my agent back and said, “I love him,” and he said, “Okay. Let me hop off the phone and get the deal done.” And he did. It was a happy day.

When it comes to all parties agreeing on the purchase price, do your agents say, “This is the proposed figure, you need to literally tell us “yes”? Or do you have to confirm your approval in an email?

It was just verbal, and then the paper work came in the next day.

They said a deal like this is like lightning striking, where a hot, young director who has a major deal with a studio, likes the spec script and the studio picks it up. That was how I broke into the business, which doesn’t happen any more. So you have to trust that your agents are negotiating on your behalf, and I definitely did, because they did such a good job keeping me informed. I remember asking, “Do you need me to do anything?” And they’re like, “No, don’t do a thing.”

In the final phone call, a team of six people was on the phone, and they said, “This is what the offer started at, this is the final offer, this is how we arrived there, and as your representation, we would council you to accept this, but in the end, it’s up to you.” I said, “yes”, and they said, “Okay, I’m going to hop off the phone and let Fox know.” At that point, it’s basically a handshake agreement, and then the agent is responsible for making sure everybody gets paid. The lawyer gets five percent, which was another thing that completely blew me away, because I didn’t even know I had a lawyer. (Laughs) “Hi Joe, this is Allison, I’m your attorney.”

So as a writer, give me two adjectives to describe the feeling you had when you officially agreed to the sale.

Oh Jesus…I should be able to do this, because screenwriting is all about concision. Well, when they first called to tell me that Fox was interested, which was a coup in itself, I was feeding my two-year old macaroni and cheese, and I’m thinking, “I’ve got to put down this mac and cheese and get busy doing what they need me to do”, but they’re like, “Relax, just finish what you’re doing,” so I hung up the phone and finish feeding my daughter the mac and cheese, and then I suddenly got this nervous feeling of elation. It was definitely surreal. But it really sunk in when the press release went out the next day and it showed up on the IMDb news page and one of my friends saw it and posted it on my Facebook wall. The next thing I know, I had to put my phone down and leave the room because it was constantly buzzing, and when I picked it up, I had like 110 notifications from Facebook, 10 missed calls, and eight messages. It was just wild. That’s when the magnitude of this really started to sink in–this realization that I might be able to just write as a screenwriter, which is something I’ve been working for since I got out of undergraduate school, which is damn near 20 years ago.

Career journalist Andrew Bloomenthal has covered everything from high finance to the film trade. He is the award-winning filmmaker of the noir thriller Sordid Things. He lives in Los Angeles. More information can be found on Andrew’s site: www.andrewjbloomenthal.com.
Twitter: @ABloomenthal