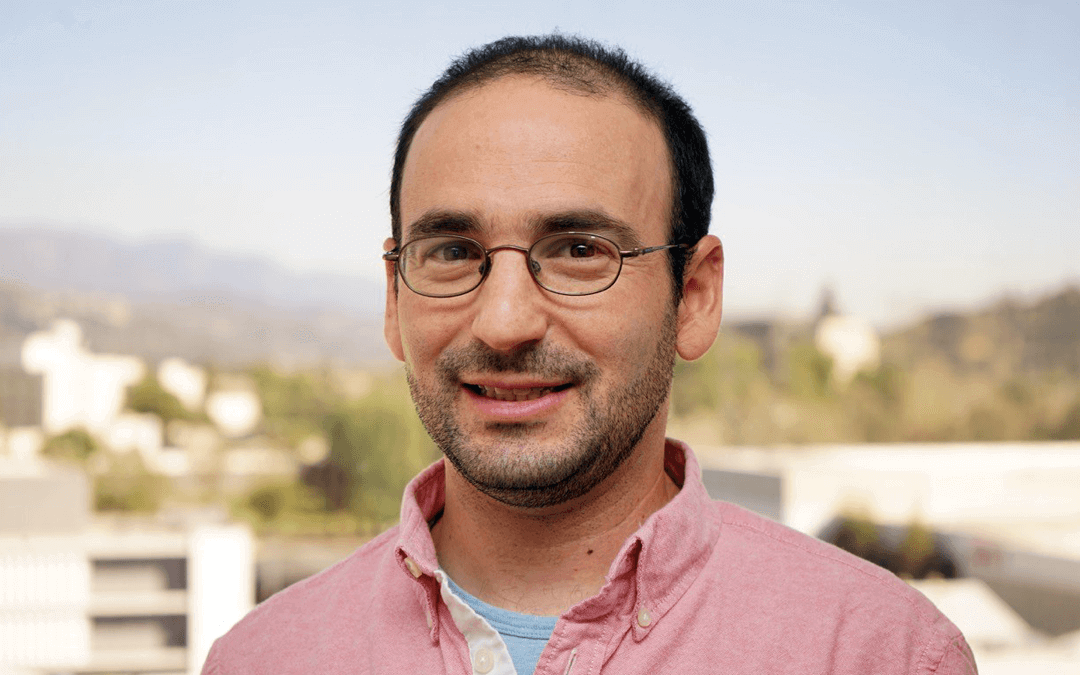 Meet Eric Buchman. By day, he’s the Script Coordinator for the hit NBC show Blindspot. By night, Buchman writes his own spec scripts, and dreams of one day hiring his own Script Coordinator to run a show he has created. Now that Buchman is the TV Grand Prize Winner of the Final Draft Big Break Screenplay Contest for his half-hour pilot 45 Wall, that day has just gotten closer.

We sat down with Buchman to find out how his role as Script Coordinator prepared him to write the award-winning pilot that he describes as “Silicon Valley meets the world of finance.”

But, first, we thought we should clarify what exactly he does as a Script Coordinator, since the job can vary from show to show.  Buchman describes himself as, “The liaison between the writers’ office and the production department.  All scripts go through me. There’s a clerical aspect, making sure that scenes track, characters track, that everything makes sense. There’s also the research aspect where I help the writers research ideas for future stories and figure out how to make some of the fantastical elements feel more real.”

Because Buchman is a writer, he’s also able to contribute in a more creative way than most Script Coordinators. “It’s the best job to have if your title is not ‘writer,’” Buchman said.

In addition to being a script coordinator, Buchman also credits his experience as a television writer, a writer’s assistant and a digital writer (writing webisodes, etc.), for honing his instincts. “I hoped that when people read 45 Wall, it already feels like a script that has come out of a writers’ room – in my case, a one-person writers’ room – but that it has a structure and is more developed than a script you might typically see from a writer who did not have my experience.”

The other way that working in television has helped Buchman is being able to keep his finger on the pulse of what is current and topical in the Hollywood marketplace. Though he wrote 45 Wall long before The Big Short was released, he’s not surprised that a comedic film about the financial industry won the Oscar for Best Adapted Screenplay. “My experience has helped not only to learn how to write something, but how to choose the right subject matter to begin with.” An excellent skill to have as a writer.

His advice for writers who want to write for the marketplace is to read as many scripts as possible. “Even if you don’t live in Los Angeles, there are lots of websites that keep tabs on what is circulating in Hollywood.” He says it’s important not only to read what’s getting made, but also what isn’t.

“That’s what’s helped me at my job. I’ve read every draft of every script of every show I’ve worked on. I know what’s changed and why. I think that perspective can only help any writer,” said Buchman.

Buchman has three pieces of advice for anyone thinking of submitting their script to a competition. One, make sure lots of other eyes have seen your draft. “You only have one shot and my impression is that you never know what the readers might bump on. If there’s a typo on the first page, that might keep them from reading beyond that.”

Secondly, he also recommends that you give yourself plenty of time to submit your draft. “It’s better to enter later with a better script than rush to get a script in that might not be ready just to save a few bucks.”

Lastly, he says it’s crucial to be honest with yourself, “No first draft is ever going to be perfect. That’s why the software is called Final Draft, and that’s what’s good about their Big Break contest, it reinforces the idea that writing is rewriting.”

Buchman is thrilled with the results he’s seen from winning the Big Break competition so far and said, “It’s because of this contest specifically that I’ve gotten a level of attention I’ve never gotten before. I’m seeing the fruits of that starting to bear. That’s why if you live in Iowa or if you’ve been in Hollywood for years, you can enter a contest like Big Break and you never know what’s going to happen.”