Home > Is Your Screenplay “Too Arch”?

Is Your Screenplay “Too Arch”? 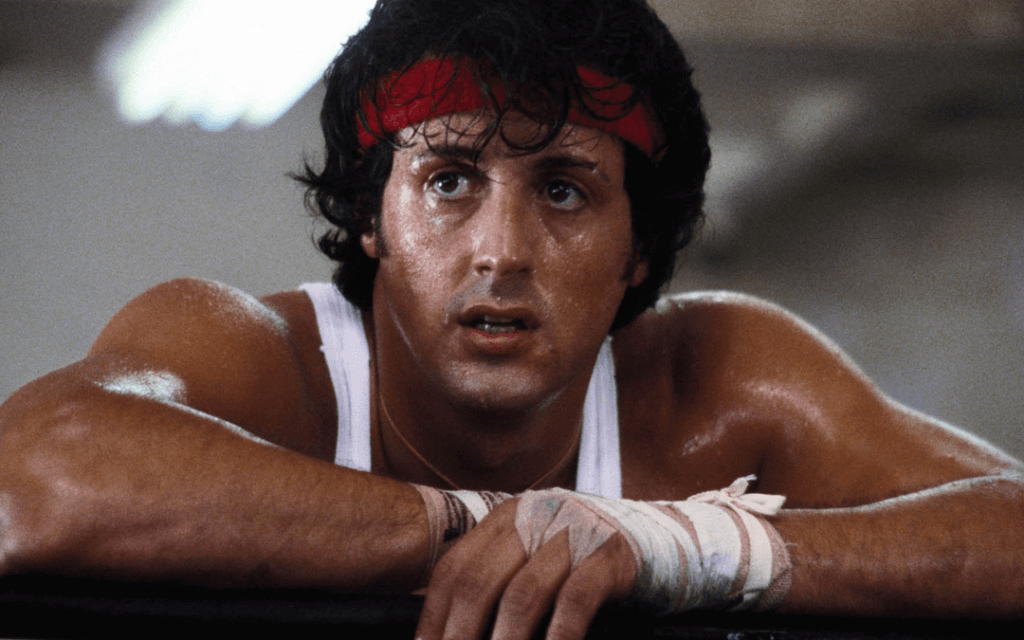 A phrase you’ll sometimes hear in development circles is “too arch”. It’s usually in regards to characters and their behavior.

The word “arch” is simply a shortened form of “archetype”. An archetype is a Greek term, meaning an original model after which subsequent things are patterned. Again, it’s usually applied to characters. Basic models of good and evil are the best examples of archetypes. The characters in Lord of the Rings are, for the most part, archetypical: Very broad strokes of virtue and wickedness. Superman and Captain America are rather arch heroes; they’re both noble, selfless, and have a high moral compass. Batman and Iron Man aren’t arch. They’re more complicated characters with a dark side and, in Tony Stark’s case, a lot of flaws (alcoholism, womanizing, arrogance, etc.).

These days our heroes tend to be more in this vein. The shift from archetypical hero to anti-hero happened sometime in the late 1960s when a new generation embraced Clint Eastwood’s Man With No Name and rejected the classic John Wayne model of western righteousness. Modern audiences don’t like their good guys to be too squeaky clean. It makes them unrelatable. You’re more likely to see an archvillain than an arch hero these days.

They might not be the mustache-twirling archvillains of silent cinema, but in most modern action/adventure films, the bad guy usually mimics the characteristics of the James Bond villain (itself an archetype): They’re intelligent, insane, and somewhat smarmy. They also suffer from delusions of grandeur, place themselves on a pedestal, etc. The hero needs to knock ‘em down from it.

Perhaps the best examples of both non-arch and archvillains is in the Rocky franchise. The first Rocky and Rocky II are filled with rich, nuanced characters. None of the characters would be considered arch. Not even the villain Apollo Creed. In fact, Apollo is so not arch most people don’t even think of him as a villain. But he is the film’s antagonist. He’s the character we want our hero to beat. He gave Rocky his shot at the top, but he did it for his own avaricious  purposes. Apollo is a capitalist through and through. Sometimes he comes off more like a businessman than an athlete. He’s also brimming with arrogance and ego. He doesn’t take Rocky seriously. In the second film, he becomes even more of an antagonist, taunting Rocky to get him back into the ring. All that being said, the reason Apollo isn’t thought of as a villain or, at least, a typical villain, is that he also has some admirable qualities. He’s charming, witty, and as Rocky often says, “the best”. Apollo is the Champ. Stallone modeled the character after Muhammad Ali, who himself was a larger than life personality who had his share of lovers and haters. Muhammed was a complicated man, just like Apollo. In one revealing scene in Rocky II, Rocky and Apollo are both busted up in the hospital after their first fight. Rocky asks Apollo if he gave him his best. After a thoughtful beat, Apollo admits that he did. It’s moments like this that make you like Apollo. An archvillain would never admit such a thing to his nemesis. He would want to have the upper hand even if it meant lying. Apollo might be a greedy, arrogant loudmouth, but he’s also a straight-shooter. He has a code of honor. This is what makes him such a great character for Rocky to bounce off. They’re two fully-realized characters with their own worldviews. When they clash, you’re with Rocky, but you’re not necessarily against Apollo. This is why Apollo was able to make the transformation from Rocky’s antagonist to Rocky’s ally in the third film. It was an organic evolution for the character.

The third film also features the first arch villain in the Rocky franchise. Enter Clubber Lang. Unlike Apollo, Clubber is not a complicated man, and he doesn’t have a code of honor. He’ll trash talk Rocky, get fresh with his wife, and shove an old man to the ground. He doesn’t respect anything or anyone. He calls Apollo a  “has-been” and tells him to get out of his face. Clubber is portrayed more like a monster than a man. He snarls, growls, fumes. He lives for one thing and one thing only: To humiliate and beat Rocky. We know nothing of his personal life, his past, why he wants to be the champion short of the obvious reasons. Clubber exists only to be Rocky’s antagonist and for us to hate him. He’s less a character than a mohawked obstacle.

And the subsequent Rocky villain would be even more arch! Enter Ivan Drago. If Clubber was more monster than man, then Ivan is more machine than man. He’s essentially the Terminator. At the very least Clubber was hotheaded, which gave him a touch of humanity (albeit not much). Ivan is without passion. He is without feeling. He exists to simply beat his opponents and nothing else. Just imagine Ivan grabbing a beer at a bar or shopping in a grocery store. It’s ludicrous. One can only imagine the Soviets unplugging Ivan and placing him into a steel plate storage room when he’s not training or boxing. Ivan kill’s Apollo, who is now Rocky’s best friend, and doesn’t even bat an eye.

Ivan was the arch stereotype of a soulless, amoral Soviet combatant. If he wasn’t stopped, not only would he get away with killing Apollo, he might’ve crushed Democracy! Who wouldn’t cheer for Rocky to beat this guy? Heck, even the Russians start to cheer Rocky at the end!

The commercial success of Rocky III and Rocky IV notwithstanding, Stallone must have felt unsatisfied with the more fantastic direction the series had taken. Thus in Rocky V, the antagonist is less arch and more nuanced. Tommy Gunn definitely isn’t likable, but he is a human being. A brash, hotheaded young man, who, at first, seeks Rocky’s tutelage, Tommy eventually betrays Rocky and challenges him to a fight. This is when Tommy shows his true rotten colors. But even though he’s a heel, an earlier scene reveals Tommy was knocked around by his father. You get a sense Tommy never received any love or affection in his formative years. Rocky entered his life too late. You still cheer for Rocky to beat the punk, perhaps more so than any other rocky villain, but the fight is more grounded and less operatic.

Rocky Balboa completely returned the series to the authentic roots of the first Rocky. Mason “The Line” Dixon is an antagonist but hardly an arch villain. He’s simply a young champion who has yet to truly prove himself in the ring. He underestimates Rocky, but he’s not out to destroy the old guy. Last year’s Creed follows suit with another antagonist who isn’t arch. “Pretty” Ricky Conlan is facing prison time and comes across as someone who’s lived a hard, Liverpudlian life. He doesn’t respect Adonis Creed, but  only because he thinks he’s coasting on his father’s name. But as we discover, Conlan will give credit when credit’s due. He gives Adonis props after he goes the distance with him. Like Apollo, Conlan has a code of honor.

Action and sport films aren’t the only instances when arch characters may appear. Pretty much any kind of film can feature them.

The “Final Girl” is a popular arch type in horror films. Laurie Strode from the original Halloween is arguably the character that solidified the characteristics of the Final Girl. She’s the girl next-door. She abstains from sex and drugs. She’s vulnerable yet resourceful. In well-written horror films, it’s this resourcefulness that leads to her surviving her ordeal. Then again, sometimes she just gets lucky a lot of times. She survives simply because she’s the Final Girl. The character of Ellen Ripley has led to a spinoff Final Girl of sorts: The sci-fi action/adventure heroine. Ripley herself is not arch, because her character is complicated. She’s definitely not the girl next-door. She’s an intelligent, somewhat reserved woman, who takes her job as Warrant Officer on the spacecraft Nostromo seriously. In a pivotal scene in which the ship’s captain wants to bring an affected member of the crew back onto the ship, Ripley refuses them entrance. It’s a tough call, but it’s the right call. It doesn’t make her a character you necessarily like, but you respect her. This decision is subverted by another member of the crew, and before you know it there’s an alien on board. Throughout the film, Ripley proves herself to be the most intelligent and resourceful person on the ship. This is why she survives. But she’s not a super woman (not in the first film anyway). She’s just a smart, no nonsense woman struggling to stay alive. In addition to these characteristics, Sigourney Weaver’s grounded, nuanced performance helps Ripley to not feel arch. There also wasn’t a model for her character type before Alien. But as the decades roll on, we see more and more of the Ripley type in sci-fi action/adventure films. They’re all strong, resourceful heroines: Alice from the Resident Evil films, Selene from the Underworld films, Katniss in the Hunger Games, Rey in The Force Awakens, etc.

The crazy wild card, who at first irritates the protagonist, but then becomes their best bud.

The bewildered or nagging wife.

The more an archetype gets used, the more obvious it becomes. This is why in development circles they’re constantly on guard for it. Producers and studio execs are looking for proven formulas, but they’re also looking for scripts with a fresh edge. “The same but different” is the town’s mantra.  Sometimes telling a familiar story, but populating it with unique, non-arc characters is a way to do just that. The next time you write a hero or villain, think ‘What can I do to make them less arch? How can I make them more three dimensional?’