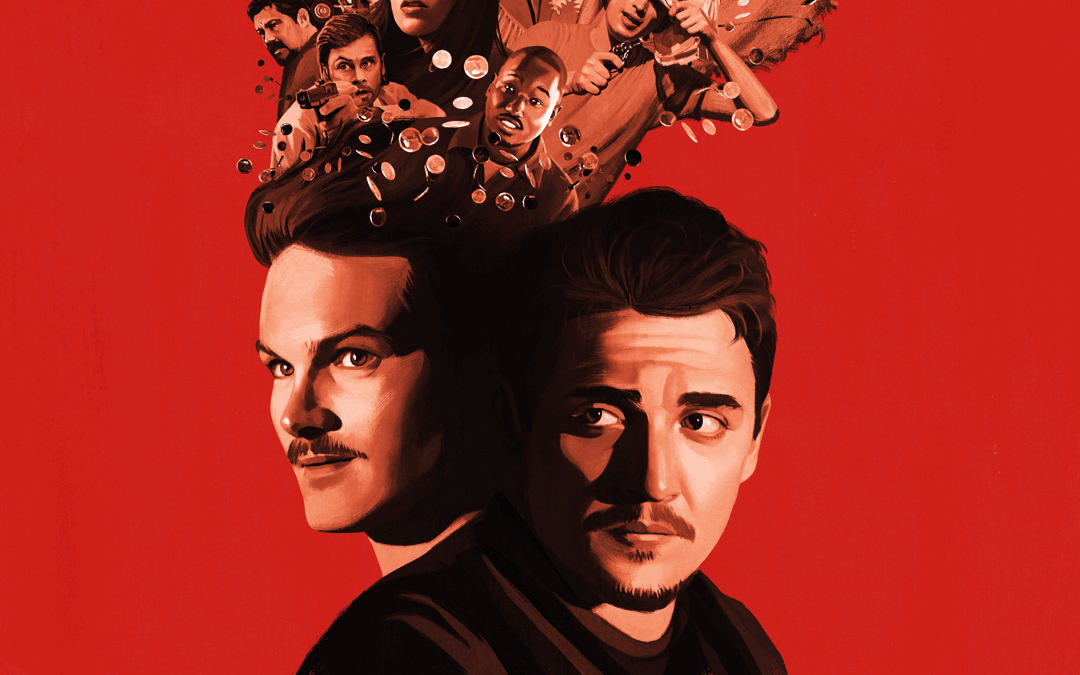 The books of Mark Twain, particularly Adventures of Tom Sawyer and Adventures of Huckleberry Finn, are woven into the fabric of filmmakers Aaron and Adam Nee’s childhood, so it’s no surprise the brothers took inspiration from Twain in their latest comedy, Band of Robbers.

As co-authors of the Band of Robbers screenplay, and co-directors of the movie, the Nee brothers have re-imagined both Tom Sawyer (played by Adam Nee), and Huck Finn (played by Kyle Gallner), in this homage to the great American author, Mark Twain. “We grew up sitting on a shag carpet with our dad reading these books and doing the vocal characterizations. When I look back at our childhood, it’s one of the things I remember. There’s that built in nostalgia,” said Aaron.

The idea came to the brothers about 10 years ago but the challenge of tackling Twain was a daunting one. It wasn’t until about three years ago they decided to actually go for it. “It had so many incarnations,” said Adam. “There were times when we thought it was going in one direction, but then it wasn’t working. We thought about developing it a television show, and that’s how we met John Will and he came on board the project.”

So how do you adapt the work of an American literary legend for 2016? Apparently, with lots of reverence according to the Nees. “We’re huge Twain fans. We wanted to honor Twain, make it feel like a true adaptation, but we needed it to stand alone for people who aren’t familiar with Twain or don’t remember the books, so they could enjoy the journey of these two friends,” said Adam.

“There have been a lot of adaptations of both Tom Sawyer and Huck Finn, but we thought there was space to adapt it from a different angle,” said Aaron.

“I mean, we’re not going to improve Twain. When you do a straight adaptation, you’re never going to make it better than the book, so I figured, you might as well put your voice on it,” said Adam.

But deciding what to keep from the source material proved to be the biggest challenge when writing the screenplay. “Those books are chock full of these vignettes that are great and there’s so many interesting characters. In the end, what decided what went and what stayed was zeroing in the core story that we wanted to tell. The core story grew out of reimagining Tom and Huck as adults. We were going to take these childhood characters who had been friends and bring them to a point where it’s time to grow up and see the stress that puts on their close relationship,” said Aaron.

The thing that stands out most in the film is the Nee comedic voice, especially when dealing with weighty themes such as race. Remember the character Injun Joe from the books? Lesser writers might have left out such a racial stereotype, but not the Nee brothers. In the film, Injun Joe is played by Stephan Lang and is not supposed to be of Native American descent. Instead, his character is reminiscent of Rachel Dolezal, the woman who admitted to identifying as black, because this Injun Joe from 2016, identifies with Native American culture.

“Injun Joe is a very racist nickname. We thought this couldn’t possibly be a Native American if we’re calling him Injun Joe – it’s offensive. But we thought it worked into this idea of people not knowing how to talk about racial issues, where he’s a white guy who’s just obsessed with Native American culture and aesthetic. It creates the conversation in this absurd way,” said Adam.

“Twain was a satirist,” added Aaron. “All of his work is very critical of something or other. He’s sort of like a Stephen Colbert, he’ll take something that he’s arguing against and pretend like he’s arguing for it. So you’ll have a character like Huck Finn who had a lot cruel and unkind things to say about Jim, but over the course of the story, you see the author’s opinion. It’s a more difficult way to approach things, but a more exciting and stimulating way to approach things. We also didn’t try to match what Twain said about race because we have different issues today. We put a spotlight on how just an attempt to be progressive shows how awkward the conversation still is.”

Another thing they kept from the source material is the character Becky Thatcher (Supergirl’s Melissa Benoist), but the brothers were clear this movie wasn’t supposed to be a rom/com. “This movie is a love story, but a love story between Tom and Huck. And it’s a break up film. In the book, Becky Thatcher has a crush on Tom, but it’s very childish and doesn’t run real deep. We wanted to have that in there but not derail Tom and Huck’s story,” said Aaron.

Keeping the Becky character was another way for the Nees to remain true to the book. “Maybe on a second viewing, audiences might see that we created the police station as the civilized world. Becky’s the new girl at the police station, instead of the new girl coming to school, which is where Tom meets her in the book. We tried to look at ways to have Becky and Tom’s story play out: you’ve got this crush that ends up getting Becky into trouble,” said Adam.

Adam and Aaron’s typical writing process is to talk out the story, then plot it out in an outline. “We never sit together to write, we’ll do it separately and trade it back and forth. Then we’ll come together and do notes and work on each other’s stuff. We have a very similar tone so I feel like most people wouldn’t know who wrote what.”

Band of Robbers was written on Final Draft.