Home > “Downton Abbey”‘s Julian Fellowes On Why He Writes Alone

“Downton Abbey”‘s Julian Fellowes On Why He Writes Alone 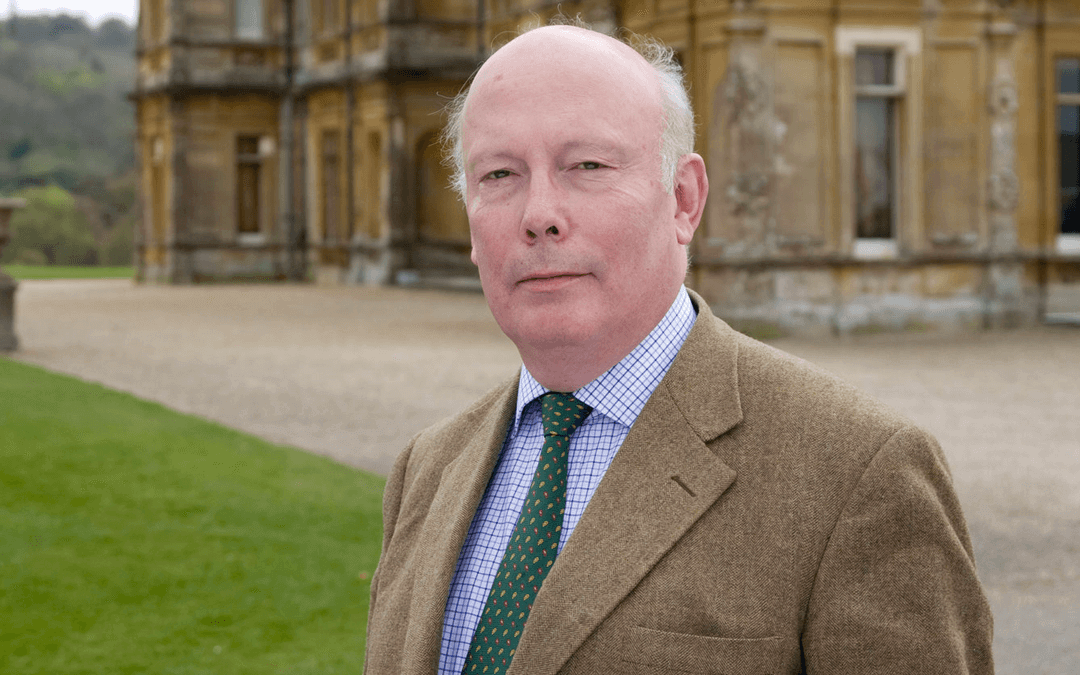 Julian Fellowes is a bit of a modern-day renaissance man when it comes to creating engaging and inspiring entertainment. After becoming a successful actor, starring in such British television shows as Monarch in the Glen and films like Tomorrow Never Dies, he also began writing for the screen, finding grand success when he won the Academy Award® for Best Original Screenplay in 2002 for Gosford Park.

But perhaps Fellowes is now most famous for creating, producing and being the only writer for the wildly popular show Downton Abbey, which tells the story of the aristocratic Crawley family living upstairs and their crew of servants living downstairs. The show has received 51 Emmy Award® nominations, winning 10 awards, over its first four seasons.

For many of us, our journey to becoming a writer has involved years of hard work and tons of sacrifice. Fellowes, however, never set out to be a writer. His naivety about the process caused him to simply luck into the profession and we’re glad he did.

“I started writing by accident. I was on a project and we couldn’t use the scripts we got because we ran out of money. And I said to the producer maybe we can get someone to write this for nothing. And he said, ‘What fool would do that?’ So that’s how I got started. I’ve been very lucky in the end. You know, this is a business, you’ve got to be lucky and I did seem to have the trick of it, I suppose. But I am interested in history, I’m interested in psychology. I always see those people on television who say I’m terribly interested in people but everyone is interested in people. But I don’t really know why it’s worked for me. There are many, many more writers who are much more talented than I am, but it hasn’t particularly worked for them. And I can’t explain that, but I’m terribly glad it’s worked for me.”

In Hollywood, Fellowes is seen as possibly a mad man, an OCD-control freak or simply a glutton for punishment, given that he writes every single episode by himself, without the aid of a writer’s room. We asked him why.

“I don’t want anyone to think I don’t approve of writing rooms or collaboration. I think it’s a great idea and in fact, on Gilded Age [the new show he’s creating, set in New York in the early 20th century), I’ll do the first eight or 10 episodes, but if it was re-commissioned, for 22 or something, obviously I couldn’t do that. I would have to have a writing room.”

That sounds like a difficult transition for someone used to working alone, but Fellowes has a plan.

“I would take Matthew Weiner out for lunch and get as much information out of him as I can. Because what I admire about the writing rooms on, not just say the obvious one Mad Men, but The Good Wife or Breaking Bad or any of the top television shows, is that they’ve managed to have a writers room but they also have a very distinct style. They never lose their style. Mad Men has a clear definition of the way the scenes are, as much as [the way] their clothes [are].

Fellowes says he could look at a still photo from any scene in Mad Men and recognize it immediately because the show’s style is so distinct and prevalent.

“How Matthew has managed that is a real gift, so I don’t want anyone to think that I’m in a superior moral position because I’ve written it all.”

He confesses that he tried to make a writer’s room work for Downton Abbey, but London and Hollywood have a different culture when it comes to television.

“We don’t have that tradition of writing within someone else’s style and taking pride in it. Saying, ‘Oh, I did Breaking Bad and now I’m doing The Good Wife and watching 30 episodes and reading 50 scripts and getting the trick of it, which American writers can do very successfully. It’s just not really a tradition for us so when an English writer comes on a show, as a rule, they want to write an episode that is not like any other. But of course what you want is an episode just like every other.”

We asked him why he thought it was so difficult to find British writers who could imitate his style, other than the fact that it’s not typically done in England.

“I don’t know. But there was something about my voice, and I sound pretentious talking about my voice, so I’m going to say my work, but they just couldn’t get it. That thing of being funny but not comedy … funny that’s just funny enough without disturbing the reality of the bad thing — they just couldn’t get it. And so I was stuck writing all of it, but not because I think I’m better than anyone else.”

One way in which Fellowes does collaborate — in a sense – is letting himself be informed by his fantastic actors.

“The thing that’s been most rewarding to me is seeing the elements the actors bring out and suggest — and then you write to that suggestion. Because in the end, the character is really developed by the writer and the actor and I’ve enjoyed that, actually. I had never written a series before.  When you write anything — a mini-series, a play, a musical, movie — you write the whole thing and then they cast it and they play it. What you don’t do is grow it together. That you can only do on an ongoing series and that has been very interesting. I’m sure there are things I’ve put in for them and they read the page and go, ‘Crikey,’ but by the same token I hope I’ve never taken them out of their own feeling of who they are. Sometimes people do stupid things and sometimes these characters do stupid things, but they do the sort of stupid things they would do. That’s my intention anyway.”

In terms of advice for writers, Fellowes stresses keeping the tension alive and finding worlds or characters that lend themselves to tense situations.  It’s the same reason police and medical dramas are always popular, because there’s so much potential for things to go wrong.

“All drama is about tension. That terrible things are going to happen, the risk of this or that. It’s very difficult when a couple gets together in a series and they’re frankly well-suited and they get married. You know you have to push them over a cliff or something because there’s nothing more to be said.”

The sixth and final season of Downton Abbey will air in January 2016.