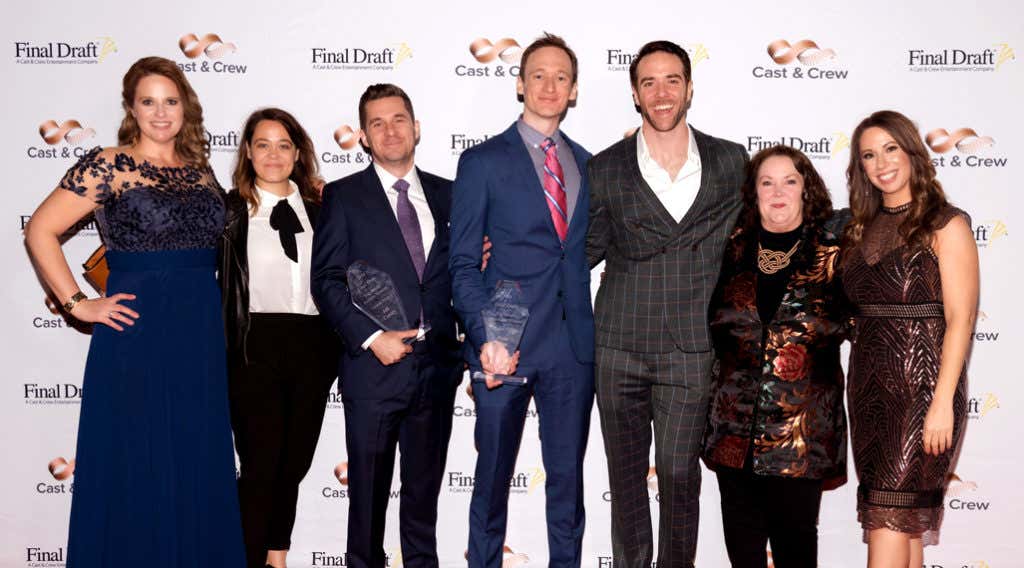 President of Final Draft with 2018 Grand Prize winners and 2017 Alumni.

Co-sponsored by The New York Film Academy, this unique screenwriting fellowship is a merit-based scholarship designed to raise each writer to a higher level of storytelling craft and provide intensive real-world training in the business of Hollywood.

The fellowship begins with a 12-week master class—one for film writers and one for television writers—held on the Burbank campus of the New York Film Academy and taught by top New York Film Academy instructors. Writers will receive individualized instruction and mentoring in their chosen medium, and visiting industry VIPs will provide first-hand, practical insights into the entertainment industry (out of town winners will be able to participate via virtual classroom).

Once the workshop has been completed, each fellow will be given a New York Film Academy Mentor to meet with once a month for the remainder of the calendar year for further guidance in script and career development.

New York Film Academy is devoted to promoting excellence in screenwriting and we are proud to partner with Final Draft in co-sponsoring this fellowship.